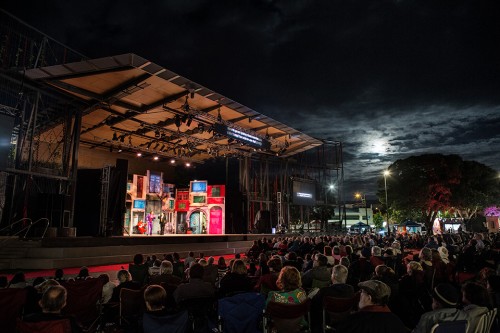 Nearly 32,000 people have attended ticketed events at Cairns’ Munro Martin Parklands since it opened in August 2016.

A report presented to Cairns Regional Council’s Cultural Services Committee this week advised that the Parklands’ first year of operation as an outdoor performance venue has exceeded expectations.

In addition, both the operating revenue and expenses exceeded the budgeted amounts as a result of the venue’s popularity.

Welcoming the findings, Cairns Mayor Bob Manning commented “it appears we underestimated just how successful the Parklands would be in its initial year.

“The frequency and the calibre of shows presented so early in its life speaks volumes about the quality of this fabulous venue.”

The venue has hosted 15 events, including international music acts and full-scale productions.