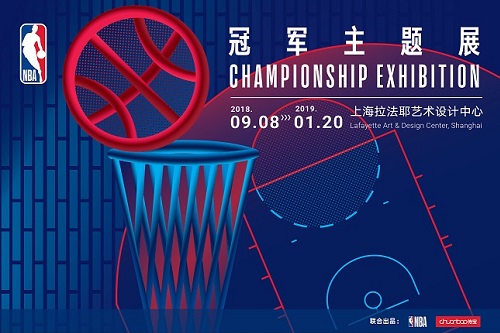 NBA China has announced the launch of the NBA’s first touring exhibition in China - the NBA Championship - to showcase the excitement of the game and the rich history of the league.

Hhosted in partnership with Chuanbao International, will the exhibition will tip off in Shanghai 8th September (where it will run until 20th January nexy year) after which it will visit Beijing and other cities.

The multi-level experience will use interactive exhibits, video and imagery to showcase the passion of the league, its teams and players, journeying back to the league’s early years and exploring the many ways the NBA has grown since 1946.

“The popularity of the NBA is at an all-time high in China, and this exhibition will perfectly capture the many ways in which the NBA is linked to the hearts of Chinese fans.”

Hao Yang, Chairman of Chuanbao International, added “we are privileged to work with the NBA to host the NBA Championship to display the NBA’s colorful culture and rich history through the form of art exhibition.

“I believe that the exhibition can bring unique experiences to NBA fans and inspire more people to play basketball in China.”

As part of the exhibition, fans will have the opportunity to engage with the league through customised activations, including virtual reality and augmented reality experiences, art and memorabilia displays, photographs with The Larry O’Brien Trophy and NBA championship rings, and basketball-themed activities featuring current and former NBA players and local celebrities.

Fans can also purchase a broad assortment of merchandise including the exhibition exclusive products, fan apparel and memorabilia in the NBA Store to take a piece of the exhibition home with them.

Formed in January 2008 after its first office opened in Hong Kong in 1992, NBA China conducts all of the league’s businesses in China.

Founded in 2014, Chuanbao International is an investment and operational platform which focuses on the cultural, sports and entertainment industries.