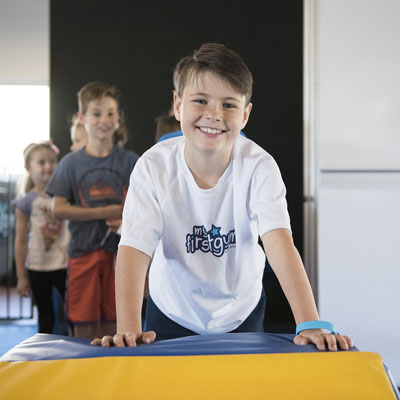 New childrens' fitness concept, MyFirstGym has opened the doors on its first Australian gym in the Brisbane suburb of Hawthorne backed by an aggressive growth strategy that will see the New Zealand-born brand expand rapidly over the coming year.

Identifying an untapped market for a commercial children's fitness service, the innovative MyFirstGym concept aims to curb the growing rate of childhood obesity in Australia, and educate parents on the importance of getting children moving from an early age.

Developed in-house, the MyMovementBuddy system allows parents to track their child's movement via a platform and app that they can use on their computer or device. Movement is tracked by a wristband worn by the child and children's movement score is displayed on screen during their class. Each MyMovementBuddy band keeps working outside of the gym, encouraging children to clock up their point score.

MyFirstGym Chief Executive Dan Newton said the idea was to gamify movement and use children's love for technology, to spur on a love for fitness.

Newton stated “every kid loves to play on an iPhone, or an iPad. We've integrated this with exercise to get kids addicted to a different kind of 'game', one where they can move their bodies in a healthy way. We hope that MyMovementBuddy can bring Australia one step closer to beating the growing childhood obesity epidemic.” 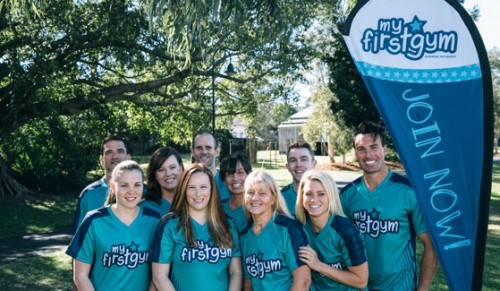 Dedicated to “disrupting the world of fitness franchising”, Alliance Wellness Group is on a mission to develop creative health and fitness concepts that utilise cutting-edge technology and programming and franchisee interest in the brand is on the rise.

Newton states “we have already been approached by many potential franchisees, as they can see the huge potential MyFirstGym has in the Australian and overseas markets.”

Newton says the corporate structure allows franchisees a support system like no other company offers, adding “we are a group that is highly engaged and invested in the success of each and every franchise, and our core strategies include a support system beyond the normal franchise office support.

"A MyFirstGym franchisee is not only investing in an affordable start up business but also receiving a huge amount of career satisfaction.”

The franchise network is expected to remain similar to the current model, with an extensive range of classes and activities already underway in the Hawthorne MyFirstGym which launched at the end of August.

Newton concludes “at the age of 13, when children leave MyFirstGym they will be set with a toolbox of skills to take them to any sport or extracurricular activity they choose.”

For more information go to www.myfirstgym.com.au