The installation of the final stage of a new high-density Wi-Fi network has been completed at Metricon Stadium on the Gold Coast.

The installation, undertaken by Huawei and Fujitsu, will provide fast connectivity to crowds at the venue, offering a range of exclusive offers and features for users.

Designed to increase match-day attendance and engagement for the venue’s principal tenant, the Gold Coast Suns, the $2.5 million project now offers fans a technology experience similar to what they might expect in their home.

The Suns have also linked the launch of their Wi-Fi network to a free smartphone Metricon Stadium app through which fans can order food and drinks, book tickets or seat upgrades and purchase merchandise.

Initially the app will provide basic AFL information, but will be expanded to include comprehensive statistics and behind the scenes videos from inside the dressing rooms and addresses from coaches and senior players.

Commenting on the new technology, Gold Coast Suns Chief Executive Andrew Travis stated that the technology “puts us, in our view, right to the top of the offerings in the Australian sporting landscape.”

Suns Chief Commercial Officer Paul Pamenter told the Ausdroid website that the impetus behind the project was to increase match-day satisfaction for fans and patrons attending the stadium, so they could enjoy the same kind of experience they’ve come to expect when watching from home. 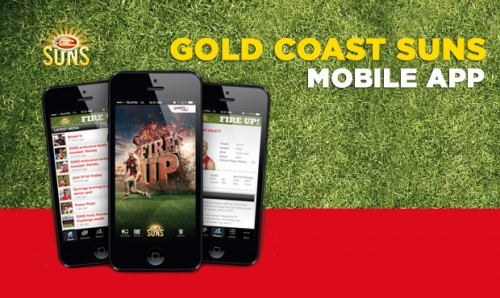 In addition, using demographic information collected from users during sign-up in the app, the Suns can target information and promotions to certain segments of their audience, knowing, for example, that some kinds of products may be of more appeal to middle-aged men than younger female fans.

The project saw over 14 kilometres of communications cabling retrofitted to Metricon Stadium, with almost 400 Huawei access points installed and commissioned.

The Metricon Stadium installation has led Brisbane-newspaper The Courier-Mail to question why similar technology has not yet been introduced at the Suncorp Stadium and the Gabba.

The newspaper reported that Brisbane Broncos Chief Executive Paul White as stating club could not afford to lag behind their competitors when it came to game day experience.

White was quoted as saying “Wi-Fi is not a luxury now, it is a must have ... there is an urgency around consideration of this, if you invest in stadium you make sure you can compete with the services available in other states.’’

Swann stated “the modern stadiums are making it easier for people to come to the game and we don’t have the capacity to do that.

“There has been discussions about it, it is the perennial story in the state at the moment, there isn’t any money.”

The Queensland Government will spend about $480 million on sporting facilities over the next three years - $320 million will go to Commonwealth Games venues while an election promise of $100 million was made for a new Townsville stadium.

Stadiums Queensland say a fibre-optic backbone was installed at the Gabba last year and would be part of a $15 million capital works program at Suncorp in the next 12 months.

Images: Metricon Stadium (below) and the Stadium's current App (below).