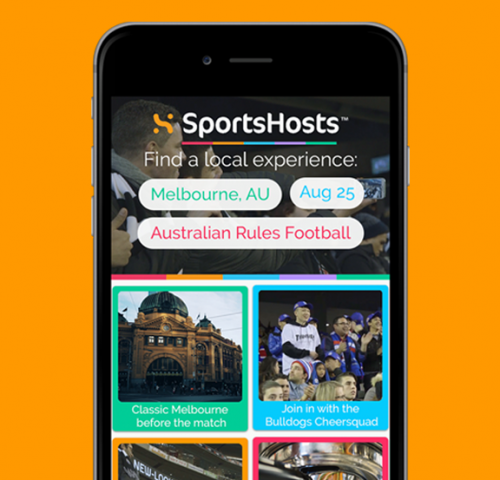 In a groundbreaking trial that aims to position the Melbourne Football Club at the forefront of global fan engagement, the AFL club has partnered with the SportsHosts platform.

With implications for fans, clubs and sporting organisations around the world, the partnership comes at an exciting time for Melbourne, which has enjoyed success on and off the field this year, with a 21%  increase in attendances.

This reflects the club challenging for its first finals appearance since 2006.

SportsHosts is an innovative Melbourne based start-up that is using sporting events to break down barriers by connecting travellers with local ‘hosts’ to share their GameDay experiences, delivering an authentic experience for both travellers and locals, as the hosts don’t charge.

Melbourne Chief Executive Peter Jackson explains "we've found Melbourne fans and footy fans in general are incredibly passionate, proud of their club and have a great willingness to share this experience with travellers looking to gain an insight into Australian culture.”

SportsHosts are currently testing the ‘beta’ version of their website, which allows travellers to search for local hosts willing to take them to an AFL match in Melbourne.

There has already been a number of Melbourne fans host international travellers through this platform, with the trial geared towards a full roll-out for the 2018 AFL season.

SportsHosts founder Darren Walls comments “while the SportsHosts platform is available for all travellers, teams and sports, we are excited to be launching with the Melbourne Football Club in a world-first partnership designed to connect local fan culture with global fan growth.

"The ability to feed these learnings back into the platform as we test its functionality allows us to develop a product that has huge benefits for travellers, fans and sporting teams and organisations around the world. The use of things such as sophisticated algorithms can help us track travellers and create overseas fan clusters, which is a game changer for global fan growth.” 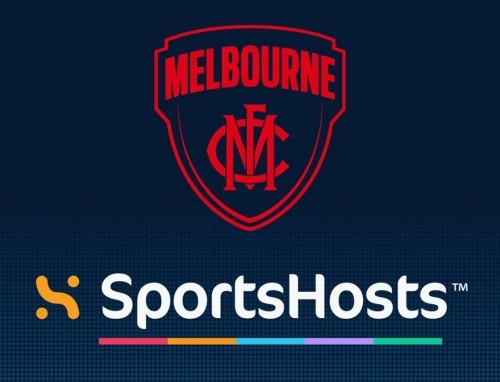 Research Partnership
The partnership with the Melbourne Football Club will take the findings from SportsHosts trials, and research with Victoria University and the AFL, to implement a real life program that engages current fans in building their club’s fan base with non-AFL communities such as travellers, international students and new migrants.

While Melbourne considers itself the sporting capital of the world, international visitors tend to disagree with sport barely registering as a reason to come to Australia, according to Tourism Australia’s own research.

SportsHosts' studies reflect this, with more than half of those surveyed suggesting sport played zero role in their motivations to come to Australia. But this dramatically changes once they arrive on our shores, with the saturation of media around the key codes increasing awareness and interest very quickly. 56%  of those polled told us that after spending some time here, they would love to see an AFL game due to the sheer level of exposure.

Walls, who came up with the concept as a way to meet locals while travelling the world, adds "AFL is a uniquely Australian experience and it seems impossible to understand a Melbourne winter without going to a game.

“The fact they can do it with locals who can explain the rules and show them what their GameDay looks like makes it a truly authentic local experience.”

The potential market is huge with Victoria seeing 2.7 million international visitors spend $7.3 billion in the year ending March 2017 while figures from the Commonwealth Department of Education and Training revealed 175,000 international students studied in Victoria in 2016.

Melbourne Football Club has already made a substantial commitment to growing their fanbase, and the game itself, among new arrivals with The Welcome Game set to bring up to 20,000 first-time spectators to the MCG this August.

27th July 2014 - MELBOURNE PREPARES FOR A SUMMER OF SPORT