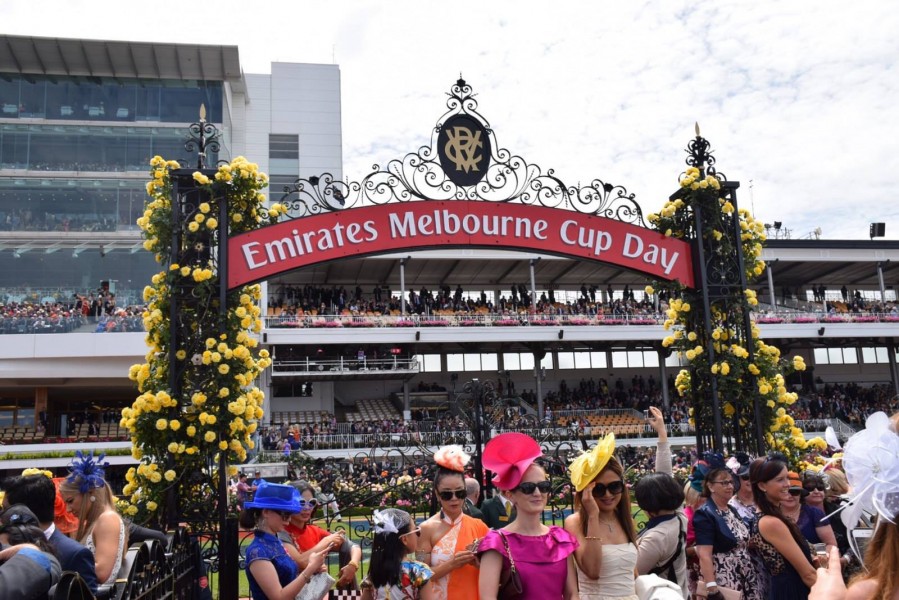 Considered one of the most valuable sporting sponsorships in Australia, the Melbourne Cup has a long association with its principal partner, Emirates.

Having been a sponsor of the race since 1997, the Dubai-based airline extended its contract to become principal partner and naming-rights sponsor in 2004. The latest findings from Roy Morgan Research reveal that this relationship has resulted in a high level of public awareness.

More than 4.7 million Australians (or 24.5% of the population) associate Emirates with the Melbourne Cup, an association that becomes even stronger among people with some level of interest in the race, or in horse-racing in general.

Nearly half (47%) of Australians who say they ‘always watch’ the Melbourne Cup on TV associate Emirates with the race, while 37% of occasional viewers are aware of the link. Even people who flew Emirates on their last holiday (30.4%) are more likely than the average Aussie to be aware of the association.

But it’s among those who bet on horse-racing that the association between Emirates and the Melbourne Cup is especially widely recognised: surpassing 50% among regular punters, people who engage in internet betting, and those who bet on the gee-gees in an average four weeks. 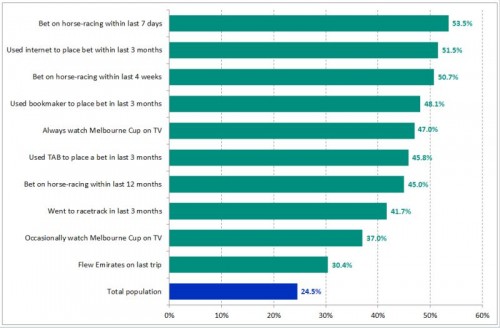 Table: % of each group who associate Emirates with the Melbourne Cup

Compared with the principal sponsors of other popular Australian sporting codes and/or events, Emirates’ association with the Melbourne Cup has achieved exceptional cut-through.

For example, 15.7% of the population (3.1 million people) associate the Australian Open Tennis’s major sponsor Kia with the tournament; 10.8% associate Premier Partner Toyota with the AFL; and 10.2% associate naming-rights sponsor Commonwealth Bank with the Cricket Test Series.

The association rates for official A-League partner Hyundai (7.8%) and the NRL’s naming-rights partner Telstra (5.9%) are lower yet. Ironically, the brand most commonly associated with the Australian Formula 1 Grand Prix is Qantas (3.7%), which no longer sponsors the event.

Commenting on the findings, Roy Morgan Research, Industry Communications Director, Norman Morris, explains “Emirates’ long-term sponsorship of the Melbourne Cup has resulted in impressive public awareness among the Australian population. Almost one in every four Aussies associates the airline with the nation’s most famous horse race: a far higher proportion than for other main sponsors of popular sporting leagues and championships.

“And that’s just among the total population: once some kind of involvement in the race (or horse-racing more generally) enters the equation, the association rate becomes even stronger.

“After Emirates, however, awareness of other Melbourne Cup sponsors decreases dramatically. In distant second is Fosters (3.7%), which no longer sponsors the event, followed by Racing Victoria’s former broadcast partner Sky Channel (2.7%), and finally one of the Cup’s current major partners, AAMI (2.1%).

“Of course, Emirates’ sponsorship of the Emirates Stakes Day also raises its profile among racing enthusiasts, adding another dimension to what is clearly a fruitful relationship with the Victorian Racing Club.”