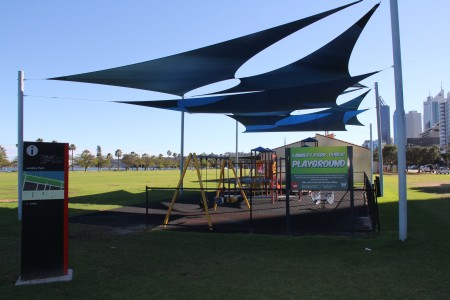 A tool that determines just how much green space Perth residents have access to and what needs to be provided to get people to make use of their parks has been developed by researchers at The University of Western Australia.

The new interactive database developed by the Centre for the Built Environment and Health based at UWA's School of Population Health has collected data across 32 Local Government Areas (LGAs) in the Perth metropolitan and Peel areas.

Some of the key findings include:

• As a percentage of the total LGA, park area accounts for between less than 1% (Murray) up to 16% (City of Perth)

• The percentage of the population who live within the recommended two kilometre distance of a medium sized park (7 to 15 hectares) known as a 'district park', ranged from zero (0%) to almost everyone (97%) with an average of half the population meeting this criteria across the 32 Perth councils (mean of 52%).

Commenting on the findings, Professor Fiona Bull, Director of UWA's Centre for the Built Environment and Health Professor stated "we can refine this to look at whether the needs of particular groups of people are met.

"We looked at the percentage of the population in each area living with access (within 300 metres) to a small park known as a 'pocket park' and found this ranged from 0% to 37%.

"The Public Open Space Tool enables us for the first time to visualise and analyse the distribution of parks across Perth and the Peel region to help with research and planning decisions now and for the future."

Professor Bull also highlights that parks and open spaces have a role to play in locations for activity, combating the global trend towards inactivity.

She adds "societal trends are leading to less activity than previously, and having a clear picture of our green spaces will go some way toward the work needed to be done to address physical inactivity as a public health issue."

The WA branch of Parks and Leisure Australia (PLA) has also supported the development of Public Open Space Tool, recognising its "broad potential for spatial and social planning, urban development and as an aid in research for developing thriving communities."