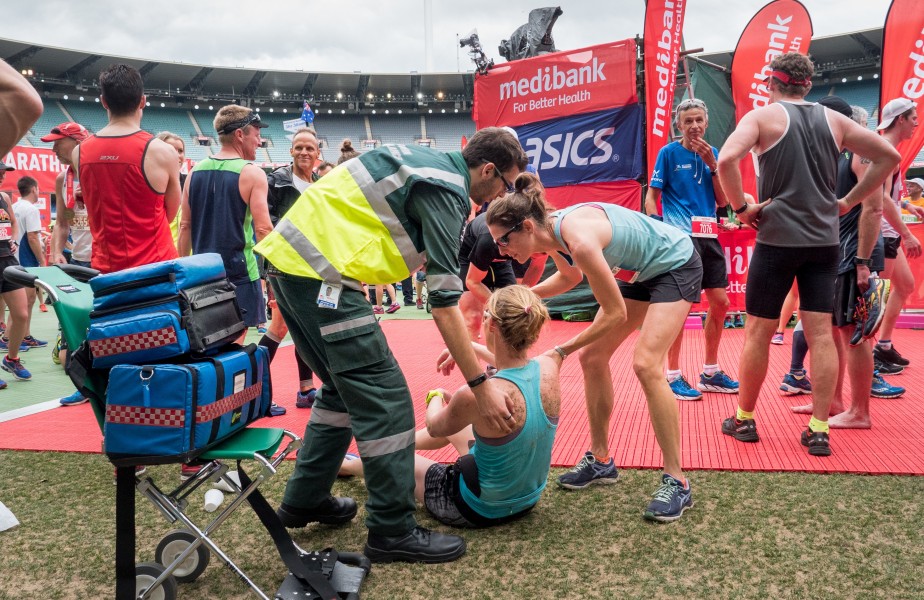 The Melbourne Cricket Ground (MCG) has today become an emergency relief centre as the City of Melbourne and other agencies put the city’s emergency management plans to the test.

Coordinated by the City of Melbourne, Victoria Police, Melbourne Cricket Club, the Victorian Department of Health and Human Services and the Red Cross, the Off the Grid exercise is the first scenario to assess Melbourne’s relief centre capabilities in the event of a city-wide emergency.

Supported by Emergency Management Victoria along with 13 other metropolitan councils, the operation involved 350 people in simulating an extreme heat event that leaves parts of the CBD without power and shuts down sections of the public transport network, which results in people being unable to get home and requiring emergency assistance.

Commenting on the exercise, for which planning began last year, Lord Mayor Robert Doyle stated “this event has tested the City of Melbourne’s ability to work with emergency services to set up a major relief centre at the MCG in the realistic threat of an extreme heat emergency.

“Melbourne enjoys a reputation as one of the safest and most liveable cities in the world, and it is critical that we test our ability to respond efficiently and calmly to any situation where people could be at risk.

“Training exercises such as this provide valuable lessons which will help us improve and prepare our response. It helps bring peace of mind to everyone who lives or works in the city or who visits.”

This is the fourth emergency management drill the City of Melbourne has co-ordinated, after Exercise Foundation last year, Exercise Afloat in 2014 and Exercise Mazu in 2013.

Off the Grid saw 200 volunteers role playing members of the public in need of assistance. Some of the actors required medical assistance for heat stroke, while others will require information and refreshments.

Emergency Management Commissioner Craig Lapsley said the exercise is a great example of the sector working together to test our capability to respond to a major emergency in the CBD.

Lapsley stated “focussing on the relief and recovery needs of our communities and how we support them through an emergency is vital to ensure their safety and wellbeing.”

The relief centre was operated by a team of 150, including City of Melbourne staff, MCC staff, Victoria Police officers, volunteers from Red Cross and the Victorian Council of Churches.

Melbourne Cricket Club Chief Executive Stuart Fox said that as the people’s ground it was fitting the MCG should be made available, adding “we were pleased to be a part of today’s exercise, and hope it will provide valuable learnings which ultimately enhance the emergency preparedness of all parties involved.”

Organisers emphasised that the exercise was not a response to this week’s tragic events in Manchester.

Image: A previous emergency event at the MCG (used for illustrative purposes only). Courtesy of St Johns Victoria.

14th May 2017 - AFL FANS DIES AT MCG: TWO OTHERS CRITICAL IN SEPARATE INCIDENTS