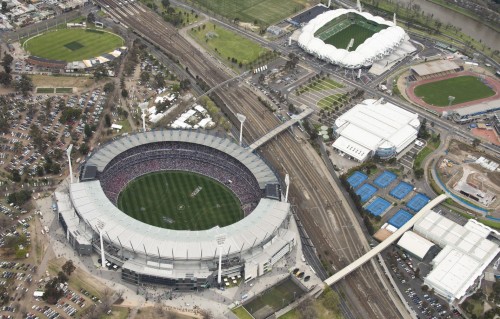 Melbourne Cricket Club (MCC) today announced that Ticketek Australia will continue as the ticketing services partner for the Melbourne Cricket Ground (MCG), following the outcome of a competitive tender process.

The renewed partnership will ensure patrons continue to receive world's best practice in ticketing technology and service when accessing tickets for events at the MCG through Australia's most advanced multi-channel event ticketing and digital marketing company.

Under the new agreement, Ticketek and its parent company, TEG, will seek to attract a number of new major events to the MCG, along with a commitment to ensure increases to ticket transaction fees and charges will remain within annual CPI growth.

The MCG is Australia's largest and most successful stadium.  Hosting AFL, international and BBL cricket, rugby league, football, concerts and other major functions, it is attended annually by more than 3.5 million fans.

Advising that Ticketek's reappointment as the MCG ticketing partner was a big win for members and fans of all codes who play at the venue, MCC Chief Executive Stuart Fox stated “the MCG is a world-class stadium and we continue to look at ways of enhancing the fan experience at the MCG.

"As the leading ticketing partner to the sports and live entertainment industry in Australia, we're delighted that Ticketek will continue to provide its ticketing services at the MCG and we look forward to working with them to bring some new and exciting events to the stadium."

TEG Chief Executive Geoff Jones said the extension of the partnership was a proud moment in Ticketek's four-decade history, adding “the MCG is a national treasure in Australian sport and entertainment.

"We are honored and delighted to have a continuing role in the delivery of great events at this world-renowned venue in partnership with the MCC."