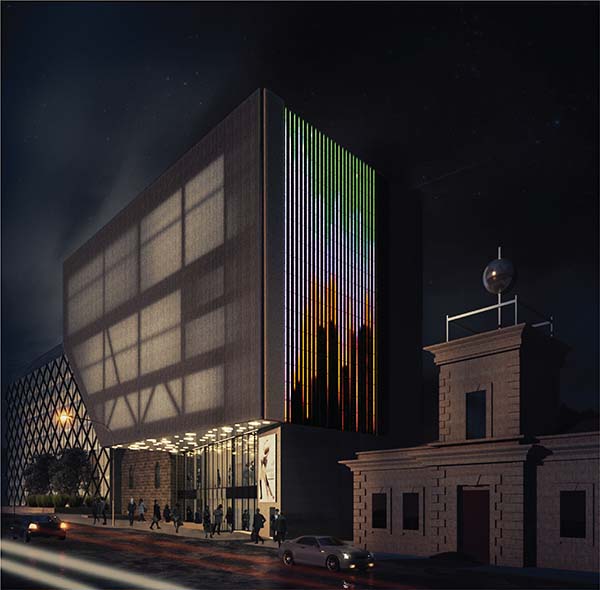 von Sturmer won the commission to create a landmark public art piece for the centre’s eastern façade, with his large-scale digital work, Painted Light. Painted Light was selected following an open call for expressions of interest, which attracted 63 proposals from Australia and around the world.

Spanning two thirds of the building’s CBD-facing exterior wall, Painted Light, will stretch from the base of the first floor to the crest of the rooftop. It’s set to be a stunning feature of the centre’s $38.5 million Ryrie Street Redevelopment.

The dynamic work uses LED technology to replicate the dripping of paint against a flat black surface. Every 10 to 15 minutes, the wall will flood with a new sequence of colour, marking time passing and providing a spectacle for visitors and passers-by. The entire sequence is likely to be at least an hour before it repeats. 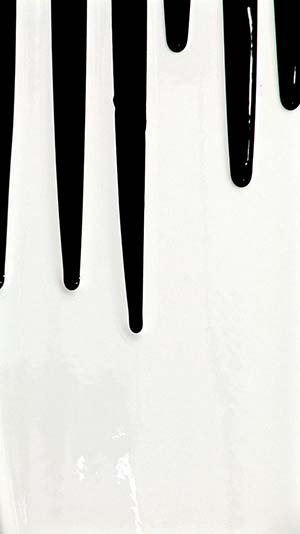 Daniel von Sturmer represented Australia at the 52nd Venice Biennale in 2007 and has exhibited in leading galleries across Australia and around the world. He works in a range of media including video, photography and installation and challenges the conventional way we view artworks in a gallery. This new project will be a key work in his recent series of light-based installations, expanding the potential for moving image and light within art.

Minister for Creative Industries, Martin Foley advised: “Painted Light will be one of the standout features of Geelong Performing Arts Centre’s new Ryrie Street building and a stunning addition to Geelong’s creative landscape. It will bring a sense of the creativity and colour that happens inside the centre out onto the street for everyone to appreciate and enjoy.”

Daniel von Sturmer added: “Painted Light is a new work exploring light as a dynamic medium in public space. The work brings together three longstanding interests of mine – light, paint and video – into architectural space.”

The Geelong Performing Arts Centre Ryrie Street Redevelopment is funded by the Victorian Government with some philanthropic support. More information can be found at gpac.org.au

Daniel von Sturmer is represented by Anna Schwartz Gallery and is Associate Professor in Fine Art at Monash University. The project is produced by Monash Art Projects (MAP).

More information can be found at gpac.org.au