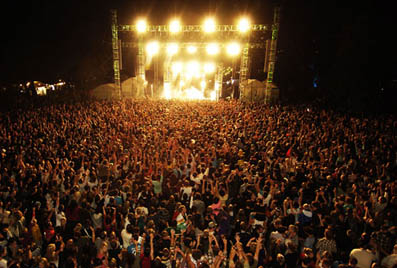 Revenue growth was driven by an increase in the total number of paid tickets and rises in average ticket prices and overall attendances.

As with previous years, the contemporary music and musical theatre categories represent the two largest categories in the industry, generating 42.5% and 13.1% of revenue, respectively.

Combined, these two categories account for 55.6% of gross revenue and 46.6% of total attendance. The top three revenue categories combined, which includes Circus and Physical Theatre, accounts for 65% of all industry revenue.

In terms of contemporary music, which commands more than one third of live performance industry market share, annual variance in this category strongly reflects the number of big-name international artists which tour in any given year and the number of stadium tours.

The significant increase for festivals is largely due to first time inclusion of data for Adelaide Fringe and Perth’s Fringe World festivals. Increases in circus and physical theatre were primarily due to the number and calibre of touring shows, including Cirque Du Soleil (Ovo and Michael Jackson: The Immortal), Slava’s Snowshow and Empire.

Richardson stated “this year’s Survey shows the industry has grown strongly with both revenue and attendance higher than in 2012.

"This growth is consistent with a year of increased consumer confidence across Australia. The inclusion each year of new data sources continually improves our picture of the industry across established and emerging sectors."

New data points from the 2013 Survey include:

• Inclusion of data from FringeTIX which provides ticketing services to Adelaide Fringe Festival. For this Survey, data was provided for 2013 Adelaide Fringe in festivals (multi-category)

• Inclusion of data from Fringe World 2013 in festivals (multi-category) 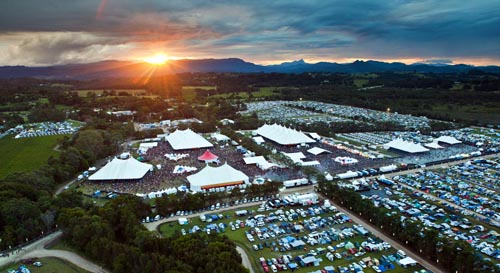 Here Richardson adds “the addition of new data partners is important to improving the reach and coverage of the Survey and we encourage event owners not presently included in the Survey to become data partners.

"LPA is mindful that performances by the small to medium sector, and at regional venues, continue to be underreported in this Survey.

"Recently we have been working closely with the Australia Council for the Arts, and the Australian Performing Arts Centre Australia (APACA) to redress this issue in a new supplementary report to be released later in 2014.”

Although New South Wales’ share of the national industry declined in 2013, it still remained above its share of the population while, across the other states and territories, all had a smaller share of industry revenue compared to their population, although South Australia and the Australian Capital Territory had a larger share of attendance.

Most states and territories experienced a stronger year, with gains to revenues and attendances. In particular, Western Australia experienced significant revenue growth (44.9%) with gains in all event categories other than Theatre, and particularly strong growth in circus and physical theatre.

South Australia also performed well, although this was in part due to the inclusion of Adelaide Fringe for the first time in 2013.

• Contemporary Music and Circus and Physical Theatre reported the highest revenue and attendance growth and together comprise over 50% of the industry’s revenue, 42.5% and 9.6%.

• The Theatre and Festival (Multi-Category) also performed well recording increases in both revenue and attendance.

Festivals (Multi-Category saw 98.4% growth in revenue and 210.8% growth in attendance, largely driven by the inclusion of new data.

In terms of sectors that had been challenged in 2013, Richardson suggested that the decline in revenue in the comedy sector (which fell by 14.8% in 2013) may well have been as a result of fewer big acts touring last year compared to 2012.

With opera, which recorded the biggest decline in attendance in 2013 shedding 20% of the audience it had in 2012, Richardson indicated that Opera Australia (OA) not touring to Queensland, Queensland Opera doing  fewer performances, and the fact that the OA’s move into music theatre (including last year’s South Pacific) as being contributory factors.

The Ticket Attendance & Revenue Survey 2013 is the 10th annual Survey released by LPA and represents the most comprehensive Survey available of ticket sales for Australian live entertainment events.

The Survey can be viewed at www.reports.liveperformance.com.au/ticket-survey-2013