Having become a major drawcard at theme parks and attractions throughout the world, Halloween events appear to have grown massively this year with a range of other leisure facilities offering horror-themed events.

Halloween events have been credited with boosting what had traditionally been a quiet trading period, becoming a key driver for attendance and spending.

In the USA and at international parks including Ocean Park Hong Kong, Halloween festivities are, according to global consultants International Theme Park Services (ITPS), the single-largest theme park promotion every year.

ITPS President Dennis Speigel recently stated that “theme parks are seizing on the concept of creating haunted houses and scary in-park promotions after seeing the success many cities were having drawing visitors to horror attractions.”

A report by ITPS explained “the success of the US theme parks in carrying out these Halloween events has been exported around the world (with) the event now popular in countries that actually do not have a ‘true’ Halloween observance.”

Across Australia, attractions and venues are offering Halloween themed events, on the night of All Hallow’s Eve – Saturday 31st October. 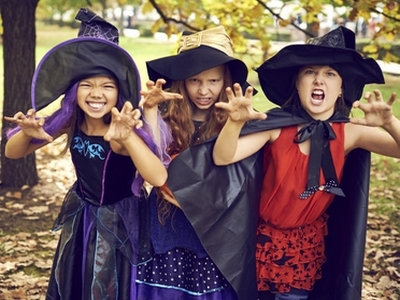 Also in Sydney, Centennial Parklands will host a new Halloween event, Swamp Monsters, inviting children to dress up in their favourite costume and trick-or-treat their way through five spooky activity stations.

Children will follow a trail map and complete challenges including navigating through a wicked spider web, retrieving frogs from a cauldron of slimy witches brew, use Nerf guns to stop the dead from rising in the Zombie Graveyard and be spooked by swamp monsters along the way.

Another new addition to this year’s event is an alternative ‘too cute to spook area’ for the younger children making it a family event for all ages.

The theme parks of the Gold Coast have long led the way in Halloween events, and this year even Sea World’s Polar Bears are set to be part of the event.

Images: FestEvil at Aussie World (top) and Swamp Monsters in Centennial Parklands (below).