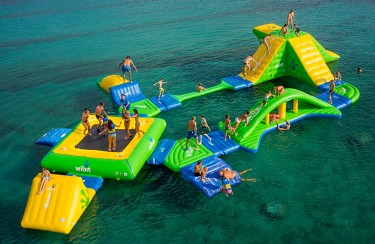 The Lake Lyell Recreation Park, the most popular year round visitor attraction in the NSW town of Lithgow, is about to benefit from a new inflatable aquatic playground.

Park management is set to introduce a $200,000 German made Wibit floating playground which co-manager Peter Phillips says will be a “significant investment for tourism in the Lithgow area.”

Phillips and business partner Cy Townsend believe that the new aquatic playground will be a huge additional drawcard, attracting new tourist visitation from not only the Central West and Blue Mountains but from the Sydney region.

More than 80,000 visitors visited the facilities at Lake Lyell during the period from October 2014 to March this year.

This included both campers and day trippers but does not include anglers and picnic parties who visit Lake Lyell during the off season.

Virtually all holiday weekends are booked out and there are already heavy bookings for camp sites for the coming Christmas-New Year period. 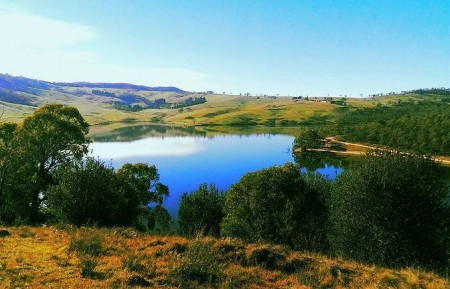 The attraction of the recreation park has recently been enhanced by the completion of new cabins and amenities block.

The Wibit installation marks another success for the company and Australian distributors Robert Savell of Hydrocare Pool Services.

The German company has also been taking action against the suppliers and operators of several duplicate items that have been imported into Australia.

For more information on the Lake Lyell Recreation Park go to lakelyellrecreationpark.com.au/