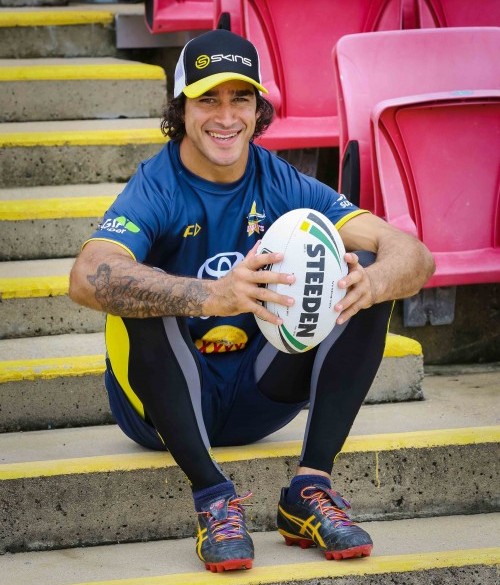 The Test and State of Origin star was given the honour at the Australian Human Rights Commission’s 2017 Human Rights Awards.

The North Queensland Cowboys co-captain says his work improving educational outcomes for young people far outweighs his on-field achievements, which have included the Dally M, an NRL Premiership and Origin and National success.

Thurston is also heavily involved with the NRL Cowboys House which provides supported accommodation for Indigenous students from remote Queensland communities so they can access better education in Townsville.

"One of the biggest drivers of change in closing the gap is education.

"Education is the key to everything in this country.

"And I want to make sure that families, the elders are celebrating the success of the next generation of our culture and to make sure they are proud of the achievements that they're having in school."

“He is a true ambassador of the game and this latest award is testament that what he does goes well beyond rugby league.”

Thurston was also recently named the 2018 Queensland Australian of the Year.