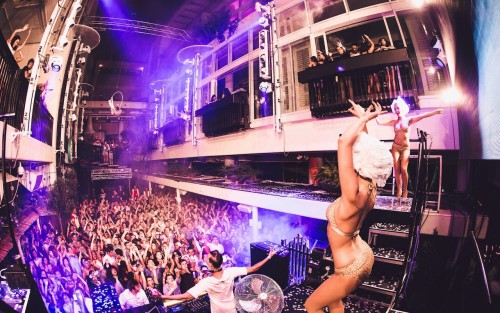 New figures show Ivy in Sydney's central business district is the most violent venue in New South Wales, but the NSW Government says alcohol-fuelled violence in pubs and clubs is generally dropping.

NSW Minister for Hospitality George Souris says the latest list of the state's most violent venues contains the smallest number of pubs and clubs since the scheme began in 2008.

The 2012 list, based on Bureau of Crime Statistics and Research figures, show Kings Cross and Newcastle now only have one venue each on the list, after tough new licencing restrictions were put in place.

Minister Souris explained that the list "shows a continuing decline in both the number venues that are recorded on the list and the number of assaults that have been recorded in the state, so there are a number of things that must be working."

Sydney venue Ivy was the most violent venue with 24 incidents recorded last year and was the only establishment in NSW to record 19 or more violent incidents in the year, down from four venues in 2011.