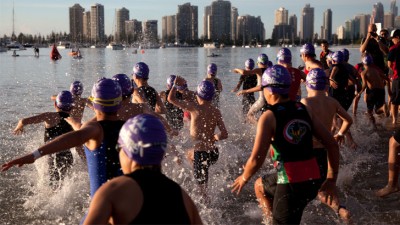 The Chinese owned Infront agency has signed a wide-ranging partnership with the International Triathlon Union (ITU), through which it will develop sponsorship opportunities and digital strategies for the organisation’s leading series.

The long-term deal will see Infront share responsibility for sponsorship and digital initiatives for the World Triathlon Series and the new World Triathlon Mixed Relay Series.

Infront will also sell international media rights and offer broadcasting services for both series. It is hoped the partnership will further the growth of the series through new digital developments that will engage a wider fan base. The TriathlonLIVE OTT channel will be central to the agreement.

Announcing the partnership, ITU President Marisol Casado stated “under this new agreement, we expect to grow together and expand our beloved sport even further.

“Especially taking into account that this year is the beginning, for all our athletes, of the road to the Tokyo 2020 Olympic Games. We want to show all the amazing performances to the entire world, which I’m sure will be possible with the help of Infront.”

Stephan Herth, Executive Director of Summer Sports for Infront, added “Infront has a history of providing a high-quality service for our endurance sport partners. I'm confident our strong track record will continue with this latest collaboration.”

This year also marks the first edition of the new Mixed Relay Series, with events scheduled for the English city of Nottingham and Edmonton in July. The World Triathlon Mixed Relay Championships will be held in Hamburg, Germany.

The new series will comprise teams of two men and two women, with each athlete taking part in a ‘super-sprint’ triathlon of swimming, cycling and running. The International Olympic Committee (IOC) has included mixed relay triathlon on the program of events for the Tokyo 2020 Games.