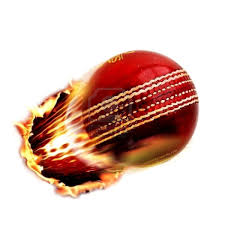 Indian Premier League (IPL) franchise owners have recovered close to 80% of the money paid for their franchises to the Board of Control for Cricket in India (BCCI) in the first year of the Twenty20 League, according to figures released at the BCCI's general meeting.

Sports website, Cricinfo reports that, in total, the franchise owners paid Rs 289 crore (approximately US$62 million) to the board as the first annual instalment of the amounts they bid to buy the rights to own an IPL team - but as part of the revenue-sharing deal they have received Rs 224 crore from the central earnings of the first edition, which was held during April, May and June this year.

The eight franchises paid between $67 million and $111.9 million to own teams for a ten-year period, and the league plans to have three more teams from 2011. The team owners are entitled to 80% of the television rights revenue, which amounted to Rs 236 crore in the first year minus production costs, and 60 per cent of the sponsorship revenues, which netted Rs 117 crore in the first year.

IPL Chairman, Lalit Modi, told Cricinfo, "It shows that the IPL has become very profitable, and the franchises can now count themselves lucky.

"According to my calculation, new franchises will now be valued at anywhere between US$250-300 million.

"The franchisees, apart from getting revenue from central sponsors, also earn revenue from team sponsorship directly, which is from $7-10 million annually," adding âticketing and hospitality brings in around $3 to 6 million. These numbers are likely to go up.

Further, they will all get a share of revenue for them being part of the Champions Twenty20 League. All of this could add quite substantially to all their bottomlines."

The IPL declared a gross income of Rs 645 crore in its inaugural year and a profit of Rs 51 crore after handing over the dues to the franchises and the state associations.