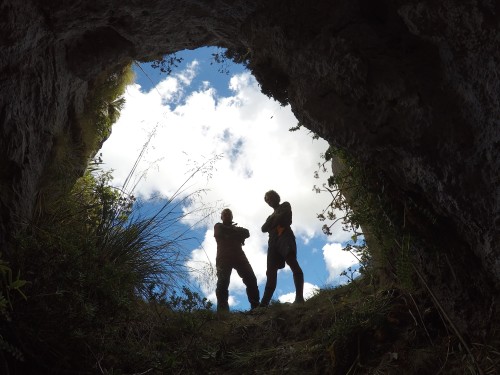 McKay is part of a team of expert cavers who have overcome obstacles blocking previous expeditions in the caves under Mt Owen, exploring new shafts and passageways.

Their latest expedition follows the team’s discovery of New Zealand’s deepest cave system under nearby Mt Arthur in 2014.

McKay advises that the new finds are “incredibly exciting”, and mark an important development in the North Owen Caving Expedition’s search for links between the Blue Creek Spring system on Mount Owen’s northern side and the massive Bulmer Cavern to the south.

McKay said the first, accessed from Curtiss Ghyll, led to a rock wall. In the next shaft, a strong breeze was found coming from a crack in the rock at the bottom of the shaft, indicating a connecting passage. 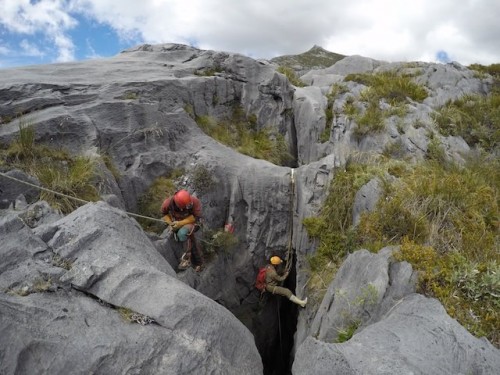 At a third shaft leading from a well-known descent known as the Giant’s Staircase, the team discovered a “huge sump” where McKay said he was able to dive for about 70 metres underwater before returning to the surface. Estimated to be at least 300 metres deep, it was much bigger than anything the team had anticipated, and may indicate a connection to as-yet undiscovered caves.

The team will continue the expedition, which they hope will lead to the discovery that the Bulmer Cavern system is one of the longest cave systems in the world.

McKay explained “when you look at maps of the area, the Bulmer system takes up a third of the space under the mountain, but in the other two thirds we don’t really know what’s out there.

“To start with we’ll go back to the Giant’s Staircase and keep diving. We also found lots of other big passages. It’s an incredible place.”

McKay has a reputation as one of New Zealand’s most active cavers, exploring over 120 kilometres of uncharted cave systems in his career. He holds NZOIA qualifications in Alpine, Rock, Bush and Cave environments, and is an assessor of caving instructors and guides.

He and his team plan to release a film documenting their recent exploits at the Wanaka Film Festival following on from their award-winning film, The Cave Connection – Into the Unknown, which screened at film festivals around the world.

The factors that drive him in his search to find the world’s largest and deepest caves include a sense of achievement, and curiosity about one of the world’s last frontiers.

He adds “exploring new frontiers really brings people together. It’s intense. You work as a team, you against the world. It’s a feeling you only get when you’re out there in the wilderness.” 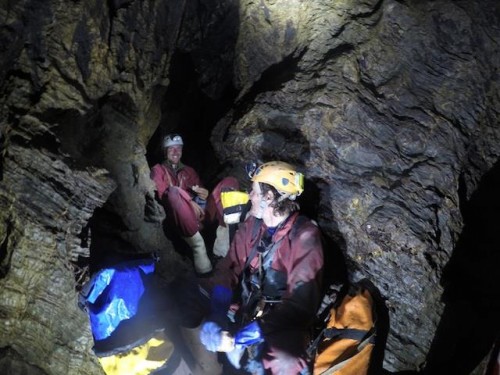 And while finding new underground worlds sounds extraordinary, McKay believes such experiences can be accessible to others. Budding cavers needed to build a broad range of skills to be capable in a range of different environments so they could tackle challenges such as rock climbing, cave diving and abseiling down underground waterfalls.

For more information on the NZOIA go to www.nzoia.org.nz