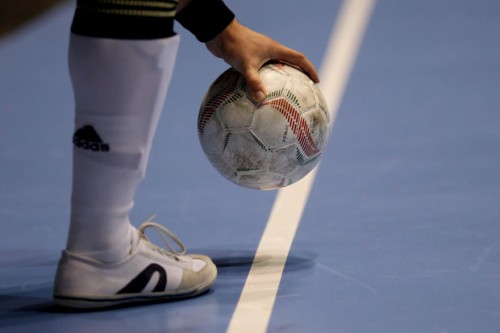 Futsal’s place in New Zealand’s football landscape is set to increase with the launch of a national Futsal programme at a New Zealand Football Futsal workshop held on Saturday.

The FIFA-approved form of indoor football has been played in New Zealand since the 1980s and while teams from New Zealand have entered international competitions since then, the selection process for future national teams will be improved.

A new national competition structure, with four tournaments a year, will be introduced for NZF-affiliated futsal providers with players from these clubs eligible to represent New Zealand at OFC Futsal Championships and FIFA Futsal World Cups.

Recently appointed NZF Futsal Development Manager Dave Payne acknowledges the alignment of local and regional leagues is an important step but says the alignment and integration of futsal into NZF’s development strategy is what really excites him.

Payne explains “Futsal has such an important role to play.

“At the very broadest sense it’s another doorway to football, attracting new players to the game and giving traditional 11-a-side players another structured avenue to play the sport they love all year round.”

“But when you get down to the detail, and look at the way futsal has shaped the development of some of the great players around the world and has been incorporated into the strategy of associations all over the globe it makes perfect sense to fuse it into our own development plans.”

“There are obvious similarities to 11-a-side football but there are useful differences too, as the smaller, weighted ball and the smaller playing area fosters creativity, greater ball control and sharper decision making.”

Saturday’ workshop saw Payne introduce NZF’s vision for the sport to a group consisting of current and potential providers, representatives from OFC and FIFA, Regional Sports Trusts, City Councils and NZF commercial partners who will help shape the strategy for the next few years.

Starter packs were made available for prospective clubs, and the roadmap for futsal coaches, futsal referees and the introduction of futsal into schools was also be on the agenda.

• Futsal is the FIFA and New Zealand Football approved version of five-aside football and the world’s fastest growing indoor sport;
• The name Futsal is derived from the Portuguese words futebol (football) and sala (hall);
• Futsal is a small-sided game played with a smaller (size 3 or 4) low bounce ball, on a basketball court without rebound walls or nets;
• There are over 30 million of Futsal players worldwide with professional leagues throughout Europe, South America and Asia
• An early form of indoor football or court football, futebol de salao, originated in the inner cities of South America in the 1930s and quickly became popular across the continent;
• FIFA officially adopted indoor football in the 1980s, branding and promoting it as ‘FUTSAL’;
• In 1992 the FIFA Futsal World Cup was introduced. Like the FIFA World Cup, it is held every four years; Brazil are the current champions; and
• Auckland’s East City Blue are the current NZF Futsal Champions, winning the 2010 NZF Futsal Championships in Wellington in December.