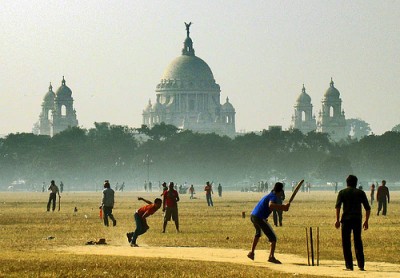 India's preparations for the 2011 Cricket World Cup have suffered a fresh blow after the International Cricket Council (ICC) elected to move a key game away from Kolkata's Eden Gardens.

The 2011 World Cup is scheduled to commence on 19th February, with India sharing the hosting rights with Sri Lanka and Bangladesh. A venue inspection team which included the tournament director, members of the Central Organising Committee (COC) and the ICC, on Thursday reported on the readiness of five outstanding venues scheduled to host matches, with Eden Gardens failing to make the grade.

Following the inspection tour, the three Sri Lanka venues - Colombo, Hambantota and Pallekele - as well as Wankhede Stadium in Mumbai received approval subject to minor finishing work being completed within specified time frames not exceeding 14 days. The expert report, however, determined that Eden Gardens would not be ready within an acceptable time frame to host India's glamour clash with England on 27th February.

The decision brings further embarrassment upon Indian sporting officials, following New Delhi's difficult preparations for the 2010 Commonwealth Games. Eden Gardens is still scheduled to host three other group games, but none of the fixtures approach the level of prestige attached to the India-England match.

ICC Chief Executive, Haroon Lorgat, explained "regrettably, Eden Gardens has not made sufficient progress to justify the level of confidence required to confirm that the venue would be ready in good time. This was no easy decision to take and while it is most unfortunate, it is absolutely necessary."

The ICC outlined that particular concern was raised by the fact that host venue obligations in relation to cricket operations, media, broadcast and sponsorship facilities were not finalised by the venue. Eden Gardens, one of world cricket's most iconic stadia, has been undergoing a US$32.4 million modernisation bringing its capacity down from 87,000 to 70,000. The Board of Control for Cricket in India (BCCI) is now considering an alternate venue for approval by the ICC.