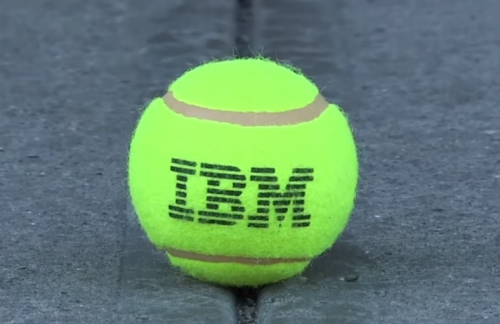 In a Grand Slam first, IBM has announced the release of the Official Australian Open Program iPad Application, allowing fans to get even more involved with the action on court, off court and online.

The IBM-powered application has been created in partnership with Tennis Australia to give fans real-time access to match, tournament and venue information, as well as an electronic version of the Official Australian Open Program.

The application, built in conjunction with jTribe and Flink Labs, provides content and data related to the event such as the latest news, scores, player tweets, schedules, weather updates, ticket information and video highlights, taking fan engagement to new levels, and enhancing the brand of the Australian Open around the world.

Fans can follow the comments of the world's biggest tennis stars via social media outlets such as Twitter, Facebook and photostreams, and take advantage of features such as Autograph, where players and other celebrities are able to sign the iPad with their fingertips, which can then be saved to Scrapbook and emailed to friends.

Scrapbook allows tennis fans to personalise their Australian Open 2011 experience by capturing specific information being streamed through the application on a particular day. Items which can be stored include attendance numbers, autographs, scores, weather, time, tweets, top players by continent and countdown clocks.

Tennis Australia Chief Executive Steve Wood explains "Tennis Australia looked to IBM for a solution that combined the power of social media with the wealth of content produced throughout the tournament to provide a richer, multi-layered tournament experience to tennis fans around the world."

Sarah Cole, IBM's Australian Open project lead, said tennis fans expect richer, more current information be made available to them whenever they want, wherever they are. Cole stated "using the new IBM dashboard, tennis fans from all over the world can now bring important information together from a range of sources, and design their Australian Open experience exactly as they want.

"By integrating user-generated content from social media such as Facebook and Twitter with live data streams from both on and off the tennis courts, IBM has helped Tennis Australia build greater fan engagement, and significantly enhance the Australian Open brand in front of a global audience."

The Official Australian Open Program iPad Application is now available for download from the iTunes store.