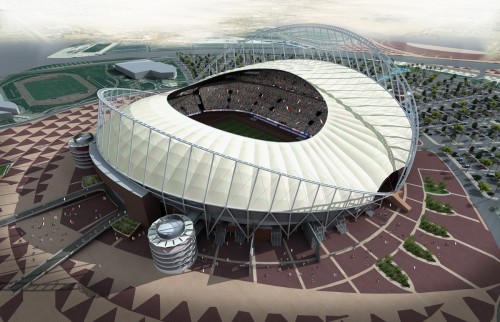 The International Association of Athletics Federations (IAAF) has said it is “monitoring closely” the conditions in Qatar, following the publication of an Amnesty International report that revealed allegations of workers on the stadium where the 2019 World Championships are due to be held were being mistreated.

Amnesty said in its report that workers involved in the building of 2022 FIFA  World Cup stadium in Doha suffered human rights abuses two years after organisers drafted new welfare standards in the wake of intense criticism.

The human rights group alleged that dozens of construction workers from Nepal and India were charged recruitment fees by agents in their home countries, housed in squalid accommodation and barred from leaving the country by employers in Qatar who confiscated their passports.

Amnesty said it had interviewed 132 workers involved in the rebuilding of the Khalifa Stadium, one of US$200 billion worth of World Cup construction projects currently underway in Qatar.

Doha is also set to host the 2019 World Athletics Championships after it was awarded the event in November 2014.

An IAAF spokesperson told Inside The Games that it is closely monitoring the situation, adding that its work with the local organising committee will help IAAF improve the situation.

The spokesperson stated "we can confirm that we have read the media reports on the report of Amnesty International and be sure the IAAF will be monitoring closely the situation.

"We believe our work with the LOC (Local Organising Committee) for the 2019 Athletics World Championships, will enable us to play a key role on the improvement of the situation." 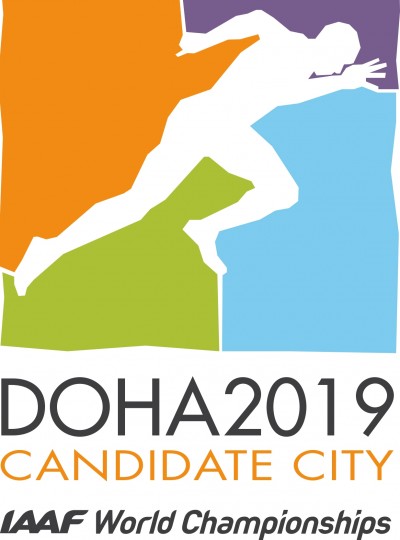 In January this year, the IAAF's ethics committee was said to have opened an investigation into the bidding for the 2017 and 2019 world athletics championships after accusations of possible corruption.

IAAF President Sebastian Coe has since denied knowing of "bribes being offered or received" in the awarding of the 2017 world athletics championships.

Qatar has denied any wrongdoing in its bids for either championship and an IAAF spokesman confirmed that, at the request of the Qatari federation, Coe had referred the 2017 bidding process to the ethics commission, currently being rebranded as the ethics board.

Images: The Khalifa Stadium as it will look when its rebuild is completed (top) and the logo for Qatar's IAAF World Championships bid (below).