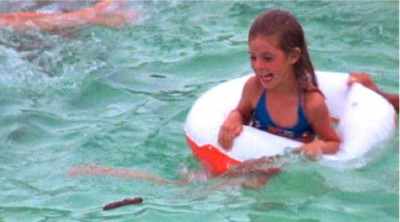 The story also reached major media outlets in the UK and Australia including The Daily Mail, news.com.au and Australasian Leisure Management, and was reported by journalists and bloggers from as far away as India and China.

Thompson says he was amazed by the scale of the media attention, with the situation blowing up “literally overnight” and the phone ringing “off the hook” for days after the incidents were publicly mentioned at an Invercargill City Council meeting.

After the initial shock, he says the facility began to adapt to the widespread attention, and realise that if they were going to receive extensive attention, it was important to gain sympathy from the media and leverage this to convey important messages to the public.

Thompson recalls “initially it was exhausting – every time the phone rang I had a sense of dread.

“When the interviews first started, we were thinking ‘ho-hum what a dreadful thing to happen’, and that came through in the interviews. As time went on, a bit of humour began to creep in and this generated a great response from the media.

“The question we kept getting asked was how we were going to find these people. While we never really lost track of the seriousness of the situation, we found that having a sense of humour could help us get our messages across more effectively.”

Thompson says while he received some media training through the Council and had crisis communications plans on-hand, these were more suited to serious harm incidents. The important factors applied from these plans were consistent use of key messages and a single media spokesperson who was across the issue.

He says using farcical ideas and tongue-in-cheek humour such as bringing in sniffer dogs and weighing people before and after they entered the pool established rapport with journalists, and worked as an effective technique to make audiences receptive to the key message - that this was a serious inconvenience to the facility and its customers.

Although most of the media coverage had a humorous spin, it also resulted in serious discussion of the problem’s impact on pools around New Zealand.

He explains “I must admit we didn’t actively seek media attention. The change for us was thinking ‘if we’re going to get the media coverage, let’s leverage it’. I was fairly relaxed with the content I was giving the media, which they loved and it did lead to more coverage.

“We could easily have been completely roasted by the media with questions like ‘why is this happening? Aren’t you doing your jobs properly’, etc … but we weren’t. Instead we had their sympathy and support to get our messages across to the public.”

Thompson says while he acknowledges the humour in the situation, his main aim was to deliver the key messages: that the facility was taking the problem seriously, that it was taking time and money to resolve and stopping people from using the pool, and that Splash Palace understood the frustration Invercargill’s swimming public was facing.

He says other factors that helped when handling the media included considered use of language and giving the media something “juicy” to focus on. 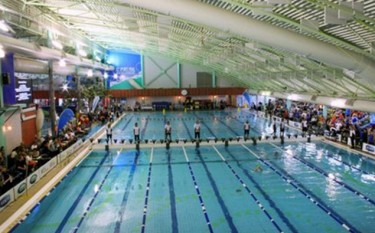 Thompson states “I must admit, initially when the media got in touch we would just dive into the interview.

“Later, I started to speak with them first and try to understand the angle they were looking for. It’s important to give them something they want to talk about, otherwise the story they come up with may not be the one you want.”

He says while it is not unusual for a facility to experience code brown situations, especially in school holiday time, the key difference in this case was that the incidents occurred with regularity at the same time on a Friday night.

While the situation was treated as deliberate, and there was anger in the community at whoever was responsible for preventing them from swimming on a busy night popular with school children.

Thompson says it is also important to think of the situation in terms of supporting those that need help rather than ‘finding the culprit’, adding “after the fourth week, people were saying ‘this is malicious’. Initially we agreed with them.

“And then we thought what if it’s a kid who has some sort of health issue or is so nervous they are literally pooing their pants.

“We thought if they were discovered, they would really be set upon. And this would be terrible. We have a duty of care to our community and all of our customers – even those that poo in the pool.”

He says messages that support customers and reinforce awareness, such as how to behave in the pool if you’re not feeling well and how to properly supervise children are an important strategy in preventing these situations.

Over recent months the Splash Palace has been ‘incident free’.

Peter Thompson will be addressing the topic ‘Code browns and the black art of managing the media’ at the upcoming NZRA Just Add Water Seminar (JAWS), being held in Dunedin from 19th to 21st August.

This article is based on an article first published on the New Zealand Recreation Association’s website.