Western Australia’s Healthway board and staff in corporate ticketing rort 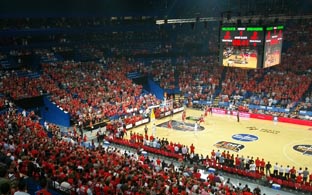 Board members and senior executives of Western Australia’s health promotion body, Healthway, have been revealed to have improperly used corporate tickets to sports and arts events obtained as part of sponsorship agreements.

The investigation found Healthway obtained about $220,000 worth of tickets in total, obtained through sponsorship arrangements with the Perth Wildcats, Perth Glory, WA Cricket Association and concert promoter Mellen Events.

The investigation found that more than half of all tickets obtained by Healthway under its contracts were either used improperly or could not be properly accounted for, in a situation described as “excessive and inconsistent with the obligation to be scrupulous in the use of public resources under the accountability principle in the Public Sector Code of Ethics”.

The Commission report also advised that “insufficient controls were established around sponsorship contracts to ensure that hospitality resources were used solely for a public purpose."

The report stated “in that environment, Healthway officers including the chair (Dr Capolingua), deputy chair (Weatherly), the executive director (Malone) and some staff derived a private benefit in the form of tickets or seats for their family in corporate boxes."

The PSC investigation, which covered the period 1st July 2010 to 1st July 2014, was tabled in the Western Australian Parliament on Thursday (19th February). It follows an investigation by the Auditor General into Healthway’s use of corporate box tickets.

Key Healthway staff wrongly believed corporate hospitality resources provided by sponsored organisations had “no real monetary value” and were not procured at the expense of other resources or programs.

Commenting on the investigation, Western Australian Premier Colin Barnett stated “the amount of tickets, seats, corporate box entitlements that were coming back to Healthway, and were used for private benefit, is simply unacceptable

Malone resigned from his post last Friday (13th February) apparently under pressure from the Healthway board about the then pending revelations. He was apparently just 18 months into a five year contract.

Under his tenure, the Western Australian Government agency had been embroiled in controversy when the WA Opera removed Carmen from its schedule because the opera's smoking scenes were at odds with Healthway funding.

Dr Capolingua remains the chair of the board and distanced herself from the issue.

In a statement she explained that she moved quickly to end the practices criticised in the report when they were initially identified.

Healthwayprovides sponsorship to a range of sporting teams and events; community organisations and cultural activites in Western Australia to promote healthy messages.

Click here to view the PSC report the Acquisition and use of hospitality resources by Healthway.