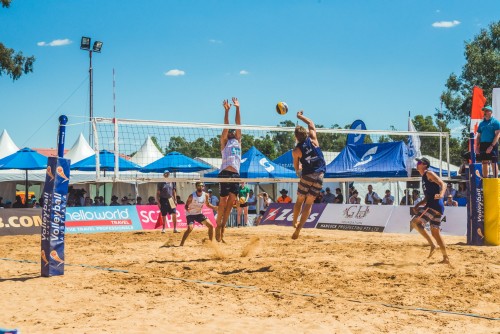 The Greater Shepparton City Council’s hosting of the Federation Internationale De Volleyball (FIVB) World Tour over four days last weekend has been declared a major success with visitors generating close to $1 million in economic stimulation to the local economy in direct and indirect benefit to local businesses and in profiling the city to the world via live television broadcasting.

Two temporary purpose-built courts and a warm-up court were constructed, and a 500-seat grandstand erected at the Victoria Park Lake precinct. Teams competed from 17 countries, with national and international TV and media exposure for Greater Shepparton.

“We had 19,000 visitors over the four days and a number of these visitors were from outside Greater Shepparton coming to experience the Volleyball and Food Truck Carnival. The Beach Volleyball World Tour helped position the city on a national and international scale.

“The volleyball was broadcast live for four hours on Fox Sports and Fox Sports Asia showcasing our region to millions of viewers.

“The feedback from the Greater Shepparton Visitor Information Centre onsite facility received a significant number of enquiries from visitors from outside of the region including from the broader region from townships like Cobram, Yarrawonga, Wodonga and Echuca, further intrastate such as Latrobe Valley, Melbourne and Geelong, interstate visitation from cities like Adelaide and Canberra and internationals visitation from USA, United Kingdom, France and Canada.” 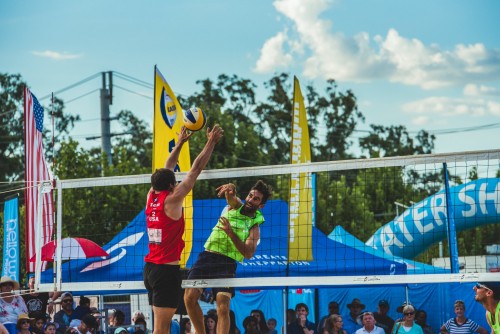 “We had over 20 local business involved in facilitating the Beach Volleyball World Tour and Food Truck Carnival creating a flow-on effect for accommodation, event suppliers and contractors, hospitality and entrainment, and media businesses.”

Quality Hotel Parklake General Manager Kelly Sullivan added “many of the volleyball participants stayed with us over the four days of competition (along with) a large number of these guests also staying additional nights before and after the event.

“We were able to give our staff additional hours, which results in them spending money locally”.

“Speaking to a number of volleyball players they found the town really welcoming and supportive including spectators that went to see them play.