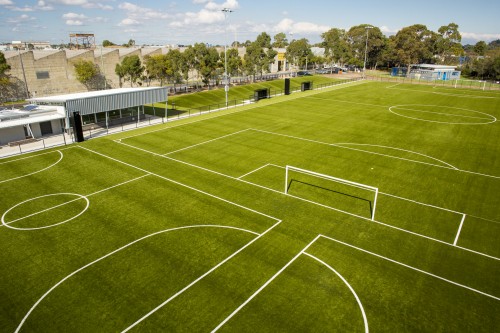 Having been active in the supply of sporting surfaces in the Victorian and Tasmanian markets for over 45 years, Grassports Australia has recently expanded in Queensland and NSW.

Grassports Australia owner and Managing Director Bernard G Evans explains that the changes “take the business to a new level.”

The business opened an office in Queensland in January, appointing Brenden Dawson, who had previously been General Manager at Multisports Concepts over 10 years, as General Manager of the new division.

At its head office in the Melbourne suburb of Doveton, the business also made a series of key appointments, with Genna Lee Dodson CPA joining the team as Head of Accounting department; Maria Varadi, who has been with the company for nine years, being promoted to the role of Marketing Manager and Cameron Harris, again with a nine year history with the business, now heading the Estimating team.

In addition, Nigel Symss has recently joined the Grassports Australia sales team as Manager of Field Maintenance and Services.

Evans adds that “the big news is that Grassports has just purchased and taken over the Polytan - formally Sports Technology International - construction business in NSW.

“Working from the Caringbah office and warehouse, Hayden Garn and his management team are now part of the Grassports Family, and we look forward to working with them.”