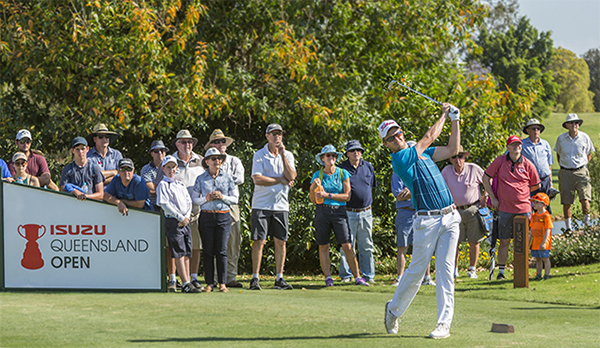 Golf Australia and the PGA of Australia have advised that the Isuzu Queensland Open will not be played this year but plan for the championship to be rescheduled in early 2020.

Simon Brookhouse, General Manager of Golf Operations at Golf Australia, noted the industry was committed to making the Queensland Open one of Australia’s leading domestic events, advising "we want to give the Queensland Open more prominence, but also make it fit in more logically among all the great summer events on the ISPS Handa PGA Tour of Australasia and ALPG Tour.

“We remain totally committed to improving the Queensland Open and believe rescheduling it to early 2020 will help amplify its appeal.”

Among the options under consideration are including women to the tournament field, in recognition of the success of the Vic Open, where the women’s field plays for the same prizemoney and at the same venue as the men’s field.

With the support of the Victorian Government, the Vic Open now offers a total of $3 million in prizemoney and is co-sanctioned with the European Tour and LPGA Tour.

Gavin Kirkman, Chief Executive of the PGA of Australia, which also owns the ISPS Handa PGA Tour of Australasia, said it was important the Queensland Open wasn’t lost among high-profile events later this year, including the Presidents Cup and national Open and PGA championships.

Kirkman added “the Queensland Open is one of the Tour’s favourite championships and we stand firmly behind making next year’s tournament one of the biggest in its 94-year history,.

“We are working closely with Golf Australia to ensure the event remains a launching pad for its participants to bigger and better things in their careers.

“The likes of Jason Day and Greg Norman have taken part in previous Queensland Opens and have gone on to become the world’s No.1 golfers.

“We want to ensure the next player who lifts the T.B. Hunter Cup aloft goes on to have a successful career, both locally and abroad.”