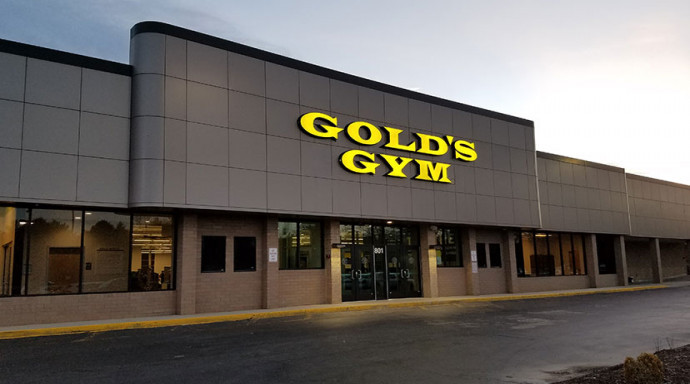 TRT Holdings, the majority shareholder of Gold's Gym International since 2004, has put the fitness brand up for sale as it moves to focus more on operating its hotel business, Omni Hotels & Resorts.

A statement announcing that the Dallas, Texas, USA-based company wants to "focus on its core businesses" was made in advance of the Gold’s Gym annual convention, being held from 30th July to 1st August.

First launched in 1965, Gold’s Gym currently has more than 700 locations - a mix of group-owned clubs and franchised gyms - across six continents.

Commenting on the sales, TRT Holdings President Blake Rowling advised “over the years we have received significant inbound interest from potential owners looking to buy the most iconic brand in fitness.

"Given the tremendous growth currently happening in the fitness industry, the stellar leadership team we have in place and the recent excitement surrounding the evolution of the Gold's Gym brand, that interest has spiked considerably.

"With TRT Holdings' increased focus on its Omni Hotels & Resorts, we feel that now is the right time to go to market."

Gold's Gym Chief Executive Brandon Bean sees that the change of ownership could signal the next stage of the company's progress, adding “the popularity and growth of the Gold's Gym brand is at an all-time high, and we're excited to work with a new ownership group to continue this momentum across all our key business units, including our company-owned gyms, domestic and international franchising operations and global licensing program.

“In the last 24 months we've rolled out an entirely new Gold's Gym experience focused on broadening the brand's appeal, expanding our membership base and getting more people than ever engaged in our unique products and services."

The company was featured in a Forbes article in February sharing its efforts to rebrand itself from a company associated with body builders into a “modern fitness empire” that is focused on technology, building community through its Gold’s Studios, which offer boutique studio classes, and its digital personal training and music app called Gold’s Amp plus its work in preventative care.

Ginger Collins, Executive Director of the Gold’s Gym Franchisee Association (GGFA), told Club Industry in an email that the executive team at Gold's Gym has been transparent with GGFA and all stakeholders in the brand.

“In the past 2 1/2 years, a solid and faithful relationship has been built between Gold's Gym and the GGFA. We expect the new owners will have the same passion in continuing the path in growth, both domestically and internationally. We also look forward to the unceasing commitment of the current Gold's Gym executive team for years to come.”

TRT Holdings has retained Piper Jaffray & Co. to conduct the sales process, with reports suggesting that the buyer likely will be a private equity firm.

Image: Gold's Gym currently has more than 700 locations - a mix of group-owned clubs and franchised gyms - across six continents.