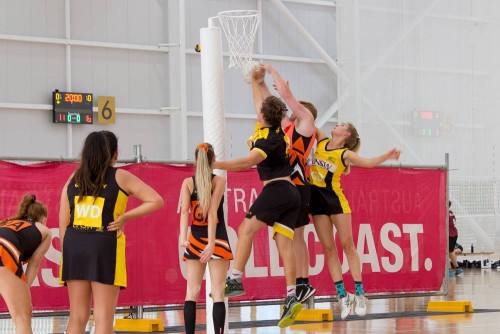 Traditionally the Gold Coast has hosted the Uni Games, it every second year but TEQ has done a deal to essentially make the Gold Coast its natural home.

On top of that, a new format for the Australian University Games - with a Division 2 event in July and Division 1 event in September - will now see the event hosted twice a year.

Surfers Paradise Alliance Chief Executive Mike Winlaw said the commitment was “significant” for Surfers and the Gold Coast, stating “Surfers hosts the majority of those people staying so for us this is excellent news for our traders and businesses.

“They will be very happy to hear that news - it’s an event that gives a strong economic boost to Surfers Paradise and the Gold Coast overall so good job securing that.”

Queensland Tourism and Major Events Minister Kate Jones said the new Games format would attract thousands of competitors and visitors to the Gold Coast and drive tourism into the region, adding “the Gold Coast is the perfect backdrop for this event, which markets the region not only as a place to enjoy the incredible beaches and scenery, but a place to study, work, do business and live.”

Since its inception in 1993, the Games has grown to be Australia’s largest annual multi-sport event with more than 9000 athletes representing 42 universities in 33 sports at the 20917 Games.

Gold Coast Mayor Tom Tate also welcomed the city locking in future Games, commenting “the Gold Coast has a formidable reputation as an events destination and the securing of events such as Australia’s flagship event for university sport only confirms this.”

Australian University Sport Chief Executive Don Knapp said there been tremendous growth in elite student-athlete programs at university campuses and the new format would be a “high profile, quality competition.”

The 2016 edition of the Australian University Games recently received the bronze awards at the Perth Airport WA Tourism Awards.

For more information go to www.australianunigames.com.au