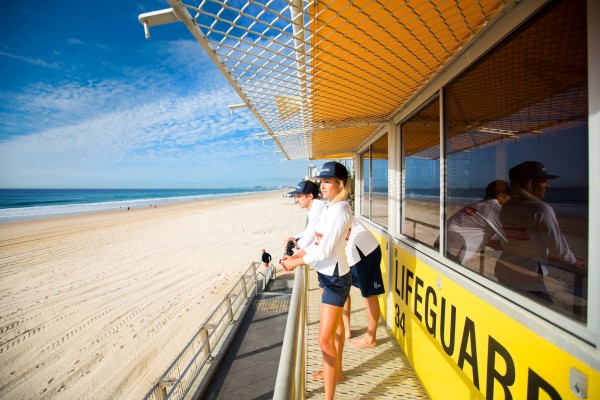 In an anticipation of increased numbers of visitors at its beaches during the 2018 Commonwealth Games, the Gold Coast City Council’s professional lifeguard services are to be bolstered during the event.

An extra 30 experienced lifeguards will patrol the Council’s beaches during the Games, boosting the numbers to about 200 lifeguards patrolling our stunning waterfront.

This week is seeing new and existing lifeguards undergo proficiency testing in Burleigh and Greenmount to ensure they retain and develop their elite standards.

Mayor Tate stated “with more than 12 million visitors every year as well as our residents, our lifeguards have to be - and are - among the best in the world.

“We always put on extra lifeguards in the lead up to the summer break, but for 2018 we are taking it to the next level.

“Our beaches are going to be buzzing with excitement and activity and we are committed to ensuring everyone enjoys them safely.”

The lifeguards will also patrol the beaches from 6am to 6pm each day at Games time, in line with the usual peak summer period.

The lifeguards undertake proficiency testing twice a year which includes an 800 metre swim, 1600 metre run and an 800 metre paddle board.

Gold Coast City Councillor Pauline Young said with so many people expected to enjoy our beaches next year it was important that locals became surf safety ambassadors.

Councillor Young stated “we will have people from all over the world in our city.

“Many won’t be familiar with our surf conditions or the safest places to enter the water. We should all spread the word to swim between the flags and remember that if our lifeguards can’t see you, they can’t save you.”