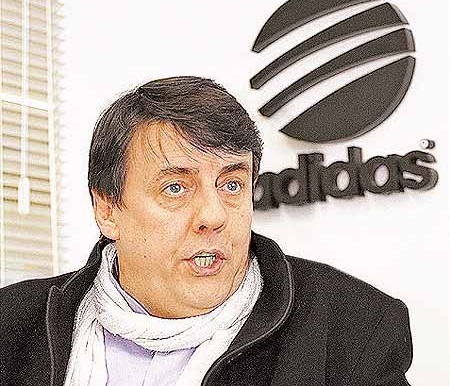 Leading sport and entertainment agency, Gemba has moved to extend its profile in Asian markets with the appointment of former adidas Asia-Pacific head Christophe Bezu to its board.

Over recent months, Gemba has expanded in the region with active projects in nine markets with three multi-national brands. Projects have included work in China and India, two of the fastest growing sport and entertainment markets in the world.

In addition to east and south Asian success, Gemba is working on a strategy project in the Middle East and is completing Insight projects in Europe and South America for a global sport.

Gemba Chief Executive Rob Mills explains “the Gemba business has had a strong global orientation from its inception.

“We were always of the belief that the insights that underpinned the launch of the business were relevant globally.

“This year Gemba will record it's strongest performance globally in terms of the number of markets that we operate in and the percentage of revenue coming from new markets."

The appointment of Bezu (pictured above) brings a wealth of sporting and marketing experience to the group.

A keen marathon runner and former French hockey international, Bezu served as head of the Asia-Pacific region for adidas from 2003 to 2011, overseeing a period of tremendous growth for the brand in the region.

During this time, Bezu accrued a number of individual accolades including winning a Cannes Lion Award – a prestigious international creativity and marketing award.

Prior to that role Bezu led the adidas Japan business since its inception in 1999 where his program of heavy investment in the brand paid off with a doubling of the business within three years.

In May 2011, Bezu joined clothing manufacturer Esprit as Chief Wholesale Officer before moving to Norwegian functional sportswear brand Odlo where he has split his time between their headquarters in the Swiss city of Zurich and Tokyo in Japan.

Bezu’s appointment with Gemba will be effective from February 2016 and he will be based in Tokyo.

Commenting on the appointment, Mills explains “our five-year business plan has a predominant focus on the Asian region.

“Gemba has built great credentials and experience in the region and we are well placed to accelerate our growth in the coming years.

“Having worked with Christophe during his time in Japan, I saw first-hand his ability to build both businesses and brands.

“He has an uncanny feel for both sports and brands and we are incredibly excited about having him join the Gemba business."

Mills said as part of the expansion strategy, Gemba is also seeking to make at least three other new appointments to be based out of Asia - one of which will see the creation of a general manager's position to be based out of Gemba's Shanghai office.

Mills (pictured below) adds “our business in China continues to grow and we have recently completed our first 2020 Olympic project in Japan.

“With a Rugby World Cup, Summer Olympics and Winter Olympics in the Asian region in the coming years, we believe Gemba is well positioned for continued growth." 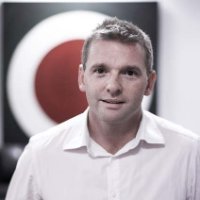 Commenting on his upcoming role, Bezu stated "I have seen first-hand, as a client, Gemba's thought leading approach to sport and entertainment marketing. In an industry that is often lacking rigour and strategy, Gemba has forged a great reputation as leaders in their field.

"The Asian market is obviously a critical component of the global economy and in turn so is the Asian sport and entertainment industry. I feel like it is an exciting time to join the Gemba board and look forward to helping grow its Asian business."

Meanwhile burgeoning interest from the region has also prompted a new approach to the way Gemba conducts its market leading consumer insights program.

In addition to the Chinese research program and on-going studies in Australia and New Zealand, Gemba will also launch its proprietary research products in India, Indonesia, Thailand and Malaysia.