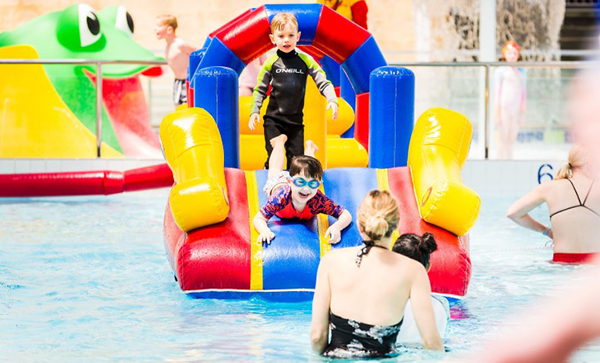 The City of Fremantle’s popular Fremantle Leisure Centre celebrated its 50th anniversary yesterday. After 50 years the leisure centre is still an important facility for the community attracting approximately 500,000 visits per year.

Fremantle Leisure Centre Manager John East said the centre had provided many happy experiences for the community over the past 50 years and remained one of the City’s most popular public facilities.

East noted “being the only aquatic centre in a 20km radius, for a good five years after it opened it was the coolest hangout in summer, drawing in over 180,000 people annually.

“But as other local councils cottoned on to the public demand for pools and opened their own centres, and as more people started to get their own backyard pool, the second half of the 1970s saw a drastic decline in attendance.

“That led to a dramatic makeover in the 1980s and the creation of the ‘Aqua Thrillway’, a 122-metre slide and a bumper boat pool, but the thrill was only short-lived and the structures were dismantled and sold off after five years.

“After that the centre made a return to its roots with some simple upgrades such as re-rendering the original pools, adding shade shelters over the grass areas and heated showers in the change rooms.

East added “these days we offer a great range of swimming programs catering for all ages and abilities from aquababies to seniors, as well as a gym, fitness classes and a creche.”

It also has a fully equipped fitness centre supervised by qualified gym staff, and offers a range of group fitness classes including yoga, pilates, zumba and circuits.

Full membership at the leisure centre includes unlimited access to the pools and fitness centre, entry to group fitness classes, a fitness appraisal and exercise program designed by qualified professionals, use of the creche, free parking and a 20% discount in the sports shop.