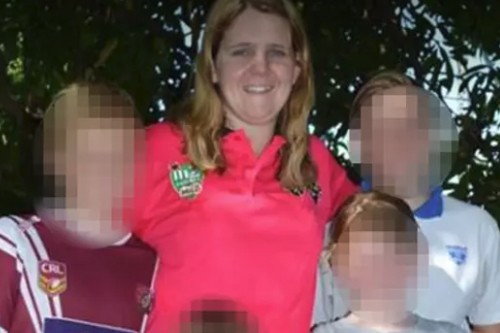 Former Cricket NSW Development Officer Melissa Quinn, who raised $45,000 after falsely claimed she had cancer, has been sentenced to two years' jail.

Having pleaded guilty to fraud offences earlier this year, Quinn, aged 34, has today been granted conditional bail pending an appeal.

In 2014, the mother-of-four told friends and family she had been diagnosed with inoperable tumours in her brain and leg and had two years to live.

She claimed the only treatment available was proton therapy, for which she would need to travel to the United States.

In January 2016, Quinn told then employer Cricket NSW she had been diagnosed with cancer for a second time.

She claimed she had chronic myeloid leukaemia and that she would not be undergoing chemotherapy.

Quinn raised about $45,000 from her local community of Casino, on the NSW north coast.

Quinn played for NSW's under-19s team before putting a promising career on hold when she became a mother.

On Wednesday she was sentenced to two years' jail for fraud, with a non-parole period of nine months and a three-year good behaviour bond.

As reported by the ABC, Magistrate David Heilpern commented "whether you call it a breach of trust or ripping off the community, there's really no difference.

"People were giving their money to what they thought was a good cause, and it wasn't ... it was all false, it was all a lie ... she didn't have cancer, she used the money for a holiday.

"The level of dishonestly is simply mind boggling.

"The motivation for the crime was greed, not need."

Police Prosecutor Senior Sergeant Greg Huxtable said Quinn "manipulated the whole community", stating "in this case, I would say the harm done to the community is extreme.

"She has preyed upon the generosity of human nature."