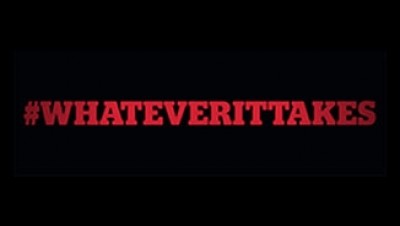 Essendon AFL players were used as virtual human guinea pigs by the club, according to Fairfax media, receiving a banned substance at a volume and frequency far exceeding that of its clinical trials.

Fairfax says the Australian Sports Anti-Doping Authority (ASADA) is investigating whether the performance of players given certain supplements, including AOD-9604, was measured against team-mates who had not received the drugs and whether results were passed to external parties.

AOD-9604 is not approved for human use but a yet-to-be-determined number of players are understood to have been regularly administered with the substance over several months last year.

The Essendon captain Jobe Watson admitted last week that he was injected with AOD-9604, which is banned by the World Anti-Doping Agency (WADA) because it is not approved for human use.

Fairfax quoted a source familiar with the ASADA's inquiry who said "WADA were shocked by some of the substances going around Essendon.

"Some of those drugs had not been thought of in a sporting context before. We've got a playing generation of guinea pigs."

The AFL maintained its silence on the matter, citing the continuing investigations, but issued a statement early on Sunday morning.

AFL Deputy Chief Executive Gillon McLachlans statement read "out of respect for the ongoing ASADA-AFL investigation, the AFL will not comment on claims and speculation related to the case.

"We understand the intense interest in the matter, but the integrity of the process must be respected. This is a matter involving complex factual and legal issues.

"Given this complexity, it is not appropriate to intervene and preempt the outcome of the investigation.

"Although frustrating, I urge everyone to remain patient and to allow the investigators to do their work and to reach their conclusions based on all the evidence available.

"We share everyone's desire to have the ASADA inquiries completed as soon as possible to provide clarity around a range of issues for the Essendon Football Club, its players and the wider competition.

"We remain committed to this happening in August.

"The AFL is in constant contact with the key parties involved and we are closely monitoring progress.

"In the meantime, as we have consistently stated, the AFL will not provide a running commentary."

In a statement released on Sunday, Essendon said the club had no knowledge of any clinical trial at the club.

But the Bombers admitted they wouldn't know the full extent of what had happened at the club during the 2012 supplements program until after the ASADA investigation.

The Essendon statement read "the club has no knowledge of any clinical trial and if this is found to be true, it is deeply distressing and disturbing, and goes to the heart of what may have been perpetrated at our club.

"We have been limited in what we can comment on, and more than anything else, we want the ASADA investigation to be completed.

"There is information we still do not have as a club and we are looking to the Asada investigation to uncover the full extent of what happened at the club."