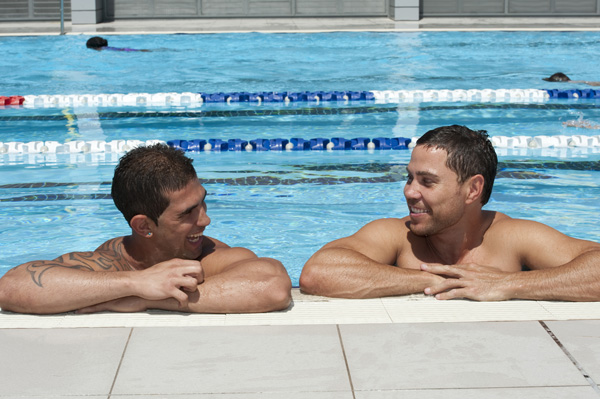 Exercise & Sports Science Australia (ESSA), in consultation with Reconciliation Australia, is officially launching its Reflect Reconciliation Action Plan (RAP). ESSA considers National Reconciliation Week (NRW), which runs annually from 27th May – 3rd June, to be a time for all Australians to learn about the shared histories, cultures and achievements of Aboriginal and Torres Strait Islander peoples, and to explore how each of us can contribute to achieving reconciliation in Australia.

“ESSA recognises the need to continue to bridge the long-standing disparities in health status that exist between Aboriginal and Torres Strait Islander peoples and the rest of the Australian population, through both our organisation and our professionals,” says ESSA Chief Executive, Anita Hobson-Powell.

Physical inactivity is a leading risk factor in poor health among Aboriginal and Torres Strait Islander peoples, with its effects manifested through a range of diseases, most notably heart disease (55% of the burden attributed to physical inactivity) and diabetes (33%).

“The health gap is large, which not only sees our people dying much younger, but also suffering from a poorer quality of life for the decades leading up to their death,” says Ray Kelly, a Kamilaroi man with 28 years’ experience in the health industry and a member of the ESSA RAP working group.

“Even greater news is that Aboriginal peoples who have a chronic disease respond very well to lifestyle interventions. Our people do suffer from type 2 diabetes and heart disease at a lower BMI, but we also require less weight loss to turn this around,” added Kelly.

A step in the right direction of reconciliation and breaking down the systemic constraints is recognising that past government policy has led to the displacement of many groups, and a loss of culture.

“We also need to understand, when implementing effective lifestyle programs, that all Aboriginal peoples are not the same. We come from hundreds of different nations, all with different languages and spiritual beliefs,” explains Kelly.

“We do, however, have strong community ties, so helping one person will almost always cause a major ripple effect. If I were to have success with one Elder, I would be more likely to not only have other Elders improving their health but also their children and their grandchildren.”

It’s important when discussing reconciliation and closing the health gap that we focus on the positives and refocus the conversation on strengths and success. The launch of the Reflect RAP will provide ESSA the time and opportunity to build the foundations for relationships and respect, as well as lead and create real change around health and well-being for Aboriginal and Torres Strait Islander peoples.

“As the accrediting body for exercise and sports science professionals, it’s important that we have a better understanding of our cultural ways of being and how this knowledge can be adapted to the way we provide sport, exercise and exercise physiology services,” adds Hobson-Powell.

“We are extremely proud of this document that our working group have worked tirelessly on developing, and we look forward to progressing forward with our RAP framework and the commitments we have made.”

Click here for more information on the ESSA Reflect RAP.