EOI offered for operator to control the Sydney Xtreme Dome 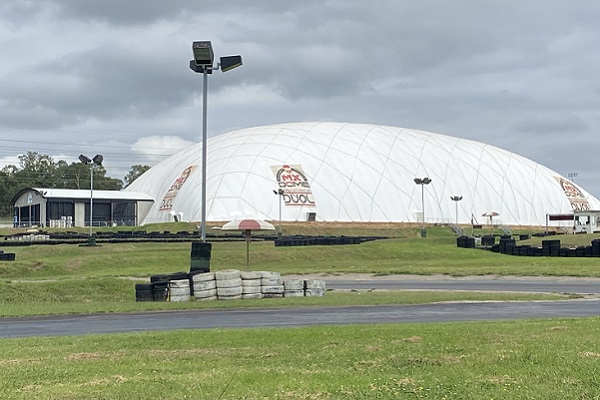 The new owners of Sydney Xtreme Dome, formerly the Sydney Indoor MX Dome, have announced that they are seeking expressions of interest to take control of the operations of the troubled indoor recreation dome at Sydney’s Eastern Creek.

Following the original tenant going into liquidation after financial collapse, Eastern Creek Karts Pty Ltd, which has taken ownership of the facility after several lengthy court cases that have now been resolved, has launched the EOI for the now rebranded Sydney Xtreme Dome.

Built at a cost of $6.5 million, the US-manufactured air-filled dome is the only one of its kind in Australia. Located on the Eastern Creek property, it stand 10 storeys high and has a floorplan of 9,900 metre².

Eastern Creek Karts Pty Ltd Managing Director, Garry Holt says his company is engaging a town planner to adjust the development application that sits with Blacktown City Council so the venue can become a high profile recreation facility that can be utilised for any number of different indoor purposes.

Holt explained “we’ve taken control of Sydney Xtreme Dome on our property and are looking to engage an operator that can make it a success.

“We’re offering what is effectively a large platform, blank canvas on prime land that is centrally accessible to Sydney’s highest density of population. Not only is there 9,900 square metres on the floor, vertically, the dome sits 10 storeys high at its centre - so it can be used for indoor sports or any number of uses.

“The whole Sydney Premier Karting Park facility is geared specifically for major events, with parking on site for hundreds of vehicles and numerous hotels and other facilities within minutes of the location.

“We also have control of the outside of the Dome and are seeking companies that would like to use the space to advertise. The space delivers television exposure through the events at Sydney Motorsport Park. It is visible from several key camera positions.

“Almost 200,000 vehicles travel past our venue each day on the M4 Motorway and can clearly see Sydney Xtreme Dome and the signage on it.

“It is a unique offering. The Sydney Xtreme Dome structure is the only one of its kind in Australia. Inside there is a welcome centre, along with offices and the floorspace.” 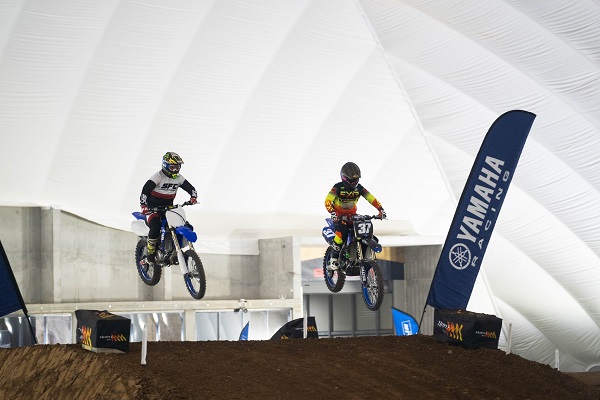 Currently, the DA reads that The Dome is for “recreational facility indoors. Building or a place used predominantly for indoor recreation, whether or not operated for the purposes of gain, including a squash court, indoor swimming pool, gymnasium, table tennis centre, health studio, bowling alley, ice rink or any other building or place of a like character used for indoor recreation, but does not include an entertainment facility a recreational facility (major) or registered club. The DA is approved for cafes, offices, storage areas and merchandising shop.”

However, Holt advised “I am currently engaging with a town planner to adjust the development application to modify the specific uses for the existing DA.”

Holt is also having the DA adjusted for the outdoor naming rights and signage on the Dome that faces the Sydney Motorsport Park (Eastern Creek Raceway). Numerous events each year receive significant television coverage, including V8 Supercars, Superbikes and other national level events, along with thousands of spectators for the events and the daily multi-uses of the racetrack.

The facility is visible from the M4 Motorway, which sees almost 200,000 vehicles pass daily.

The Sydney Premier Karting Park on the same property as Sydney Xtreme Dome is Sydney’s leading corporate hire kart facility with hundreds of multinational and local companies using the facility for corporate entertainment every year. It has hosted the likes of Lewis Hamilton, Usain Bolt and Tom Cruise, along with being used as a stepping stone in the careers of many Australian international motorsport stars.

Sydney Xtreme Dome at Sydney Premier Karting Park is located adjacent to the Huntingwood industrial park and within the Blacktown City Motorsport precinct that includes Sydney Motorsport Park, Sydney Dragway, the karting facility, along with the soon to be finished Eastern Creek Speedway. Numerous four star hotels, restaurants, bars and licensed clubs are close by, along with the city centre of Blacktown - the LGA’s population expected to exceed 500,000 in the coming years.

Sydney Xtreme Dome was manufactured in the USA then assembled on site at a cost of $6.5 million. The climate controlled membrane is air-filled.

Images: The Sydney Xtreme Dome (top) and in operation, prior to March this year, as the Sydney Indoor MX Dome.