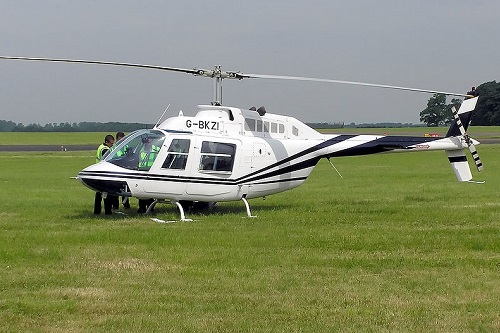 An investigation has found that a Gold Coast tourist helicopter that crashed at Dreamworld two years ago took off without enough fuel in the tanks to complete the flight.

The Bell Jetranger chopper left the Dreamworld helipad at Coomera on the afternoon of 10th June 2009, on a 20-minute scenic flight with four passengers, but 15 minutes into the flight the fuel pump warning light illuminated briefly.

A recently released Australian Transport Safety Bureau (ATSB) report says the pilot believed he had enough fuel, and continued on his way back to the theme park. However, when the aircraft was coming in to land the fuel pump warning light lit up again and moments later the engine lost all power.

The pilot tried an autorotation landing, an emergency manoeuvre after complete engine failure where the rotors are being turned by the action of air rushing through them, rather than by engine power.

However, the report said he was unable to arrest the descent rate and the chopper slammed into the ground.

Two passengers were seriously injured but, despite substantial damage to the aircraft, the other two and the pilot weren't hurt.

The ATSB found the fuel gauge may have been over-reading.

The practice for refuelling relied on reading the gauge to determine how much fuel needed to be added to the tanks, without using an independent method to cross-check the levels.

The investigation found that as a result, the helicopter took off with insufficient fuel to complete the flight.

Image: The Bell Jetranger is manufactured by Bell Helicopter of Canada. Image used for illustrative purposes only.