Domestic beach holidays get thumbs up from Australians 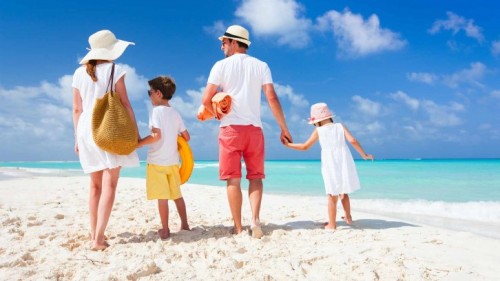 New research by Tourism Australia has confirmed Australian beach holidays rate among the best in the world, with six out of 10 Australians rating the country's iconic beach destinations as better than those in Bali, Fiji and Thailand.

The Australian destinations were tested against competing beach holiday destinations in Bali, Fiji and Thailand to identify and assess their relative appeal and the factors most influencing destination choice.

1,200 high yield Australian travellers were surveyed, each provided with a page of written stimulus highlighting the key appeals and experiences of each beach destination, including supporting images.

• 60% of respondents rated Australian beach destinations better than those overseas, with Broome/Exmouth/Ningaloo, Tropical North Queensland (TNQ), Gold Coast and The Whitsundays all ranked higher than any of the overseas locations;
• TNQ and Broome/Exmouth/Ningaloo ranked as the top two beach destinations;
• When presented with domestic and overseas options, 35% of respondents said they would be more likely to take a beach holiday in Australia, compared to 24% more likely to go overseas;
• While young travellers without children expressed a preference for overseas beach holidays, families ranked The Whitsundays highest. Broome/Exmouth/Ningaloo ranked highest amongst older travellers without children;
• TNQ, Broome and The Whitsundays were considered most unique and appealing beach destinations;
• Value for money was cited as the most important consideration when choosing a beach holiday, followed by natural beauty, climate, safety and quality of accommodation;
• Perceptions around the cost of taking a beach holiday in Australia versus overseas differed only slightly, with 38% of respondents saying Australia was more expensive, compared to 32% saying overseas;
• 29% of respondents said they would share their beach holiday experiences on social media.

Tourism Australia Managing Director Andrew McEvoy said the findings put pay to the myth that Australians had somehow fallen out of love with the domestic holiday, stating "this research demonstrates the enduring appeal amongst Australian families for the Australian seaside break, and confirms that we have some of the most desirable beach destinations in the world. The findings are proof positive that our country offers some of the most beautiful, safe and high quality beach holiday experiences in the world."

McEvoy added that better understanding of the triggers for choosing a beach holiday and how Australia compared to its key international competition would help Tourism Australia develop better marketing strategies to persuade more Australians to holiday at home.

The research was conducted by leading marketing research consultancy BDA Marketing Planning and is the follow-up to a broader project aimed at understanding consumer attitudes towards Australian holidays in 11 of Tourism Australia's key international markets.

The release of the findings comes just weeks after the most recent National Visitor Survey figures showed domestic trips growing 4.1%, nights up 4.5% and spend up 7% during the 12 month period ended September 2012.