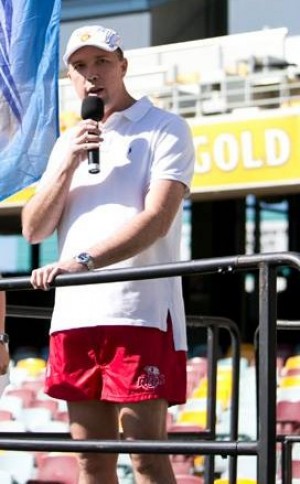 Doctors have overwhelmingly voted Peter Dutton the worst Health Minister in living memory, according to a poll conducted by Australian Doctor magazine.

Having been seen to have mishandled the GP co-payments issue, 46% of the nearly 1,100 survey respondents voted Minister Dutton the worst performing health minister in the last 35 years.

The magazine has a readership of around 20,000, consisting largely of general practitioners and specialists.

Peter Dutton took on the role of Minister for Health and Minister for Sport in Prime Minister Tony Abbott's cabinet in September 2013 but was demoted to the immigration and border protection portfolio in December’s ministerial reshuffle.

At the time of his September 2013 appointment, many sport and leisure industry stakeholders looked forward to the combined Ministerial portfolio developing pro-active links between health and wellness and recreation and physical activity.

However, as Minister for Sport his role largely consisted of ceremonial duties, funding announcements and congratulating successful sporting teams and achievers – with perhaps his major achievement being to provide funding for the Australian Sports Anti-Doping Authority (ASADA) to engage a former Federal Court Judge to assist with its anti-doping investigations,

With several past Australian sports ministers having been dubbed 'minister for opening things' and 'minister for going to big events', Minister Dutton adopted a much lower profile.

He refused interviews and backed out of two sport industry conferences at which his presence had been widely promoted – although officials in his Ministerial office disputed his ever having confirmed these engagements.

While the health portfolio was undoubtedly Minister Dutton’s major concern, the sport and leisure industry had to clutch at occasional, often unreferenced, quotes made by the former Policeman and businessman.

These included a suggestion that a HECs-style repayment plan for elite athletes who receive Government funding should be “discussed” and his expression, in an interview with Brisbane newspaper The Courier Mail, that he would not support a 'sugar tax' on sweetened drinks to limit consumption.

Here, Minister Dutton stated that it is a “parental responsibility” to get children active and reduce youth obesity – a comment gave little assurance to those looking for Government action to reduce Australia’s obesity crisis or in encouraging Government-backed initiatives promoting physical activity.

In respect of Minister Dutton’s ranking by the medical community, the Australian Doctor article quotes Tasmanian GP Dr Donald Rose as saying “Dutton will be remembered as the dullest, least innovative and most gullible for swallowing the reforms from his think tank.

“Although I am glad he has been demoted, it would have been good if he was still around to take responsibility for the current chaos he has caused.”

Former Labor Health Minister Nicola Roxon, who held the health portfolio from 2009 to 2011, came as the second worst performing Health Minister after Peter Dutton, securing 17% of the vote.

Click here to view the feature Who has been the worst Federal Health Minister in recent memory? in Australian Doctor.

Image shows former Minister for Health and Minister for Sport Peter Dutton joining in an attempt to gain a world record for participation in the world's 'Largest Personal Training Circuit session'.

2nd May 2014 - FEDERAL SPORT MINISTER WITHDRAWS FROM ANOTHER INDUSTRY CONFERENCE