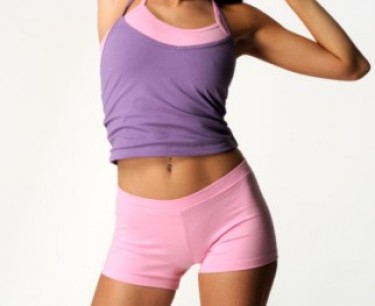 A Darwin fitness club owner told a client she belonged in a strip club and needed to wear longer shorts if she wants to work out at his gym again.

According to a recent report in the Northern Territory News (NTNews) Snap Fitness Yarrawonga owner Griff Davies stopped physiotherapist Maja Lukic, while she was wearing a pair of Puma gym shorts and a tank top when exercising, telling her that her outfit was unacceptable.

Davies told the NT News that Lukic's gym shorts belonged in a strip club, stating “if (she) wants to dress in that length of shorts and show her private parts, that's her business, she can take it down to Sinsations and Honeypot.

"We have a standard that we set across all our gyms and have to protect the interests of different shapes and sizes and religious groups because our gym is for everyone.

"You've got to be a little bit flexible and smart about it."

Davies told the NT News that there was a simple way to determine if an item of clothing was too short to wear in his gym, adding “when someone stands up to reach up and grab the pull down machine and shows their private parts, it's too short.”

He said the rules and regulations applied to Snap Fitness clubs throughout Australia and the world, adding “some idiots try coming in wearing no shirts even after they've been told to cover up.

"Our gym has 16 to 60 year olds and we have a duty to protect their interests as well."

Lukic said she was initially approached by a female manager who told her there had been "lots of complaints" from other clients and "higher managers" about her shorts.

Lukic told the NT News “she said they were offensive and too short and that they had a 5-star policy to uphold.

"I just laughed and said 'that's a first', I've worn these shorts at gyms in Sydney, Brisbane and Darwin and never had a problem, they're just normal gym shorts."

Lukic said there were other clients in the gym wearing shorts the same length as hers, adding "some of them were baggier, but I was just wearing what I was comfortable in.

"I go to work out, not to get attention, but to feel good about myself.

Lukic said the owner's comments were "uncalled for'' stating “(the) gym is my happy 'go-to' place, so if that's what they think I guess that just won't be the gym for me.”