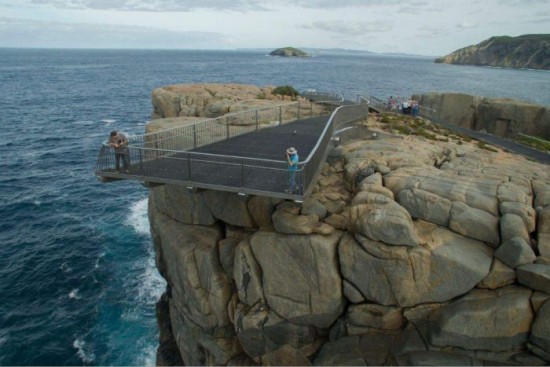 A daring cantilevered lookout and see-through platform has opened at The Gap and Natural Bridge near Albany in Western Australia.

The centrepiece of the upgrade is the cantilevered stainless steel lookout situated almost 40 metres above the ocean and extending 10 metres out from the cliff face, offering incredible views over the ocean.

Funded by the Western Australian Government's Royalties for Regions program and the Department of Parks and Wildlife, the project aims to improve visitors’ experiences and safety at the landmark Southern Ocean lookout.

Western Australian Environment Minister Albert Jacob said there were several reasons why the overhaul of The Gap and Natural Bridge walkways and platforms took longer than expected, including adverse weather conditions, delays in importing stainless steel from Sweden and the sophisticated nature of the project. 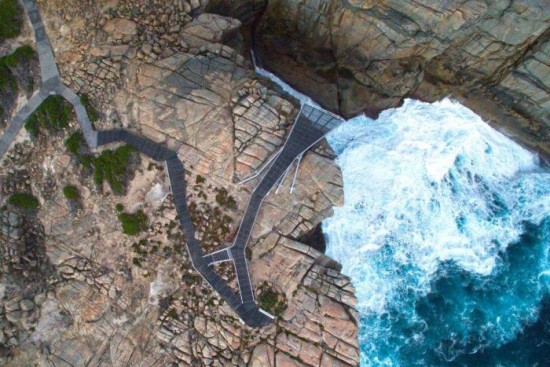 He explained “obviously we wanted to get it done as quickly as we could, but it is a highly specialised job.

"This is the first time that we have gone down the path of using this specialised form of steel; the steel had to come from Sweden and it is highly technical in its nature to construct and weld."

Minister Jacob now expects that the new facilities will increase the popularity of The Gap and Natural Bridge as a major tourist attraction in the region.

With the site currently attracting 210,000 visits a year, Minister Jacob added “I would expect in years to come for that to increase significantly," he said.

"In the Albany area, these facilities join several other eco-tourism experiences, such as the Valley of the Giants Tree Top Walk in Walpole-Nornalup National Park.

"I would compare it in experience to the Tree Top Walk; it certainly is a lot more affordable for tourists. 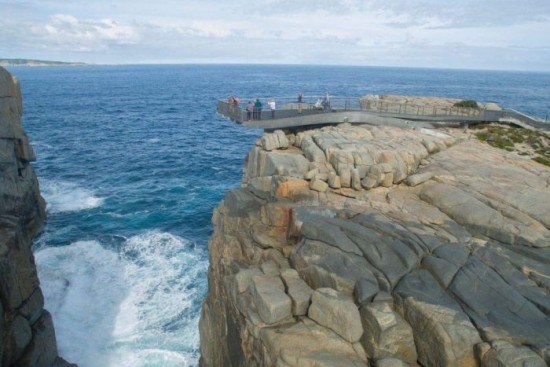 Phil Cox, General Manager of the Discovery Bay Tourism Experience, which runs the whaling station and the Botanic Garden of Australian plants, said improvements at The Gap and Natural Bridge have brought the facilities up to world-class standards.

Cox told the ABC “when you look at it and see what they had to do to get this project up and running, you can understand (the delay).

"We know that a lot of people came over this way and were very disappointed to see it closed; they had come to the whaling station and let us know.”