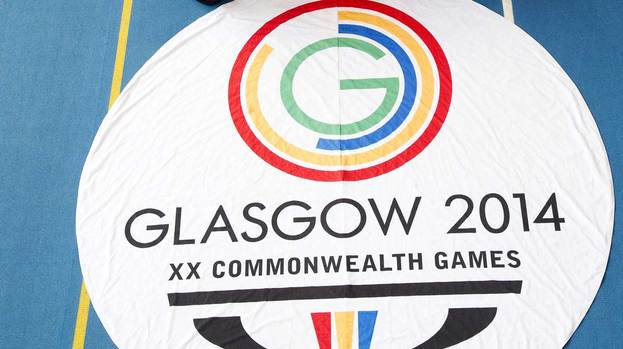 Commenting after Australia's worst overall Commonwealth Games performance since 1986, and with the London 2012 Olympics having been Australia's poorest Olympic performance in 20 years, Crosswhite stated “I think our levels of funding and support for our athletes need to be seriously looked at.

“Over 30 years I’ve seen everyone accept ... that we should provide the support to our athletes which will give them the opportunity to perform their absolute best and compete with the absolute best in the world.

"I think that’s got to be confirmed and, if it is, then the resources have got to be provided.

"It’s something that I think we’ll talk to the (Australian) Sports Commission and the (Federal) Sports Minister about when we get back.”

Australia was knocked off the top of the Commonwealth Games medals table by England for the first time since 1986 as the English continue to benefit from the massive funding which has transformed British sport in the past decade.

After winning 74 gold medals in Delhi 2010, where the English won 37, the ACGA set a modest target of 50 gold in Glasgow, fully aware of England’s momentum from the London Olympics, the near home ground advantage and the fact they brought a full strength team north of the border.

Crosswhite explained “we wanted to get 50 gold medals (and) we came close to that.

“But the English were way ahead of where we thought they’d be. They really are a product of a significant development plan and they’re paying the dividends now.”

After the 2012 London Olympics in which Great Britain won 29 gold medals and Australia seven, it was announced that funding for British sport would be extended to £125 million ($228 million) a year through to the Rio Games in 2016.

In contrast, the Australian government in 2010 injected $195.2 million into all sport for four years, $120 million of which is for high performance.

However, despite the massive gap in funding, a major factor in the difference between the medals table in Delhi and Glasgow comes down to two sports – gymnastics and judo, which between them accounted for a turnaround of 23 gold medals in England’s favour.

Australia won 12 gymnastics gold medals in Delhi and none in Glasgow, while England jumped from four in 2010 to nine this year. Judo was not contested in Delhi but reintroduced in Glasgow where England won six gold medals to Australia’s none.

Cycling (19 medals), shooting (eight) and boxing (three) were the only sports to exceed the medal target set by the Australian Sports Commission (ASC) for individual sports.

Even though athletics won six gold and swimming 19, they fell short of the ASC’s overall medals target.

But there were still many positives for Australia in Glasgow. The ASC expected them to win a total of 53 to 55 medals, but the swimmers won 48 in all, including a world record from the women’s 4x100 metre freestyle relay and impressive performances from world champions Cate Campbell and James Magnussen, while Emma McKeon led the new generation with four gold medals.

In world class fields in most events, the track cyclists, led by Anna Meares and the men’s team pursuiters, won seven gold medals while the shooters won six.

Olympic champion Sally Pearson was central to one of the low points and one of the highlights of the Games. Her feud with head coach Eric Hollingsworth ended with him being sent home in disgrace, but she responded to the drama with a resounding and emotional win in the the 100m hurdles.

The men’s and women’s hockey teams lived up to potential with gold medals, although the women did it the hard way with a goal with 15 seconds left to tie up the final against England before winning on penalties.

Meanwhile, the netballers avenged years of Commonwealth heartbreak at the hands of New Zealand with a dominant win in the final against the Silver Ferns.

Australian Institute of Sport Chief Executive Matt Favier expressed his overall satisfaction with Australia's performance, stating "we're pretty happy with the overall performance of athletes generally, but certainly there are some sports in an evaluation sense will look back and certainly dive into a bit of detail.

"With some sports we'll be having conversations with them around their performance here, and what does that indicate for us as a nation with regards to Rio."

Favier, was encouraged by Australia's performance in shooting, track cycling, boxing and the improvement since London in swimming, adding "we always imagined that on the back of London, England and certainly Scotland would be a lot stronger than they have been in recent times. It's been one of the most competitive Games of recent times.

"We're confident that for 2018, and on the back of further progress under the Winning Edge strategy, that we'll reclaim the No.1 position and we certainly expect those sports that have performed below expectations here we'll work very closely with them to address it."

"That’s what makes a Games successful and that’s something we’re really going to stress with the government,” Crosswhite said.