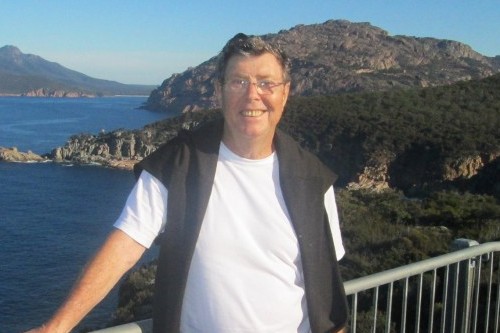 The pioneer of the $450 million waterpark development on the Sunshine Coast that has evolved into the Actventure resort has won a key court battle against a group of investors that includes champion surfer Julian Wilson.

Attractions consultant Arthur Downing spent five years finding and securing the site on Steve Irwin Way at Glenview before agreeing to sell his interest in the scheme in 2015 in exchange for a $1.25 million ‘assignment fee’.

However, as reported by The Brisbane Times, Downing was never paid, prompting a series of legal actions in the Queensland courts.

Dubai-backed Sanad Capital has since obtained planning permission from Sunshine Coast Council for the waterpark attraction, hotel, holiday park and retail outlets on the 24-hectare site near Australia Zoo.

Downing sued the developers in the Supreme Court in Brisbane, claiming they cheated him out of his fee by manipulating a boundary dispute over some horse sheds and causing a key contract deadline in 2015 to be missed by one day.

The developers dispute the claim and the matter is ongoing.

A group of initial investors who provided seed-funding for the project, including MNSBJ Pty Ltd, a company co-owned and directed by former pro surfer Julian Wilson and his brother Bart, then sued Downing in the District Court for a total of $264,000 they claimed he owed them as part of an agreement to be bought out of Downing’s company. 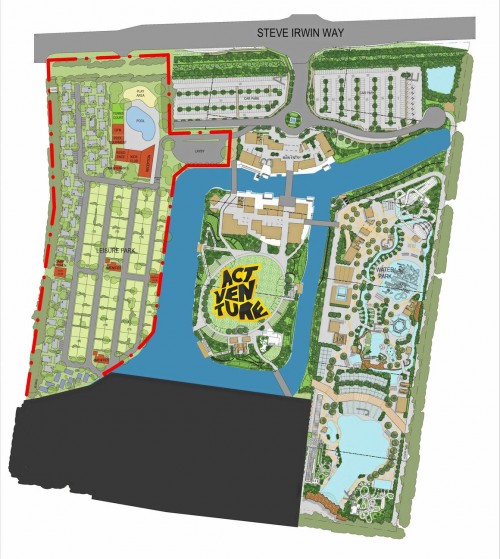 Downing told the District Court that Sanad Capital's Chief Executive, former professional golfer Bradley P. Sutherland, had made repeated promises he would take care of these payments to the investors by deducting them from the $1.25 million fee owed to Downing - the payment Downing said he never received.

Judge David Reid in the District Court last year ruled in favour of the investors.

In his appeal, Downing introduced new evidence he claimed revealed previously unknown links between the new developers and Downing’s initial backers, who originally had been introduced to him by David Baird, an associate of Sutherland.

Downing tendered to the court company documents alleging that all his initial investors, including MNSBJ Pty Ltd, had, unknown to him, later become shareholders in Actventure Pty Ltd, a company set up by Sutherland and Baird to develop the water park.

Other documents claimed those shareholdings were subsequently transferred to Baird’s wife. 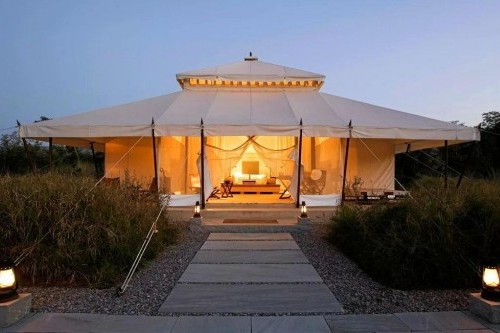 Downing alleged lawyers for the investors had attempted to cover up evidence of collusion between Baird and the investors by redacting Baird’s name from descriptions of correspondence in invoices submitted following costs orders.

Downing also claimed the timing of the lawsuit brought against him showed it was designed to bankrupt him and stymie the suit he had filed in the Supreme Court against Sutherland and others.

According to Actventure’s website, the company is in the final stages of negotiating the bulk earthworks contract for the development.

The company has also announced details for the holiday park precinct within the development, advising that it will include a mix of cabins, ‘glamping’ tents and amenities such as a gym, tennis courts and children's activities.

Introducing the concept, Sutherland advised “luxury camping has become an appealing option for holidaymakers across the globe.

"The Sunshine Coast desperately requires more rooms to accommodate the rising tourism numbers, and with more and more families' keen to have the glamping experience rather than staying in a hotel, we thought what better way to satisfy that demand than place a focus on it within our masterplan."

Images: Arthur Downing (top, courtesy of Facebook), the concept plans for the Actventure waterpark's new leisure park, which includes glamping facilities (middle) and how Actventure's the glamping may look (below).