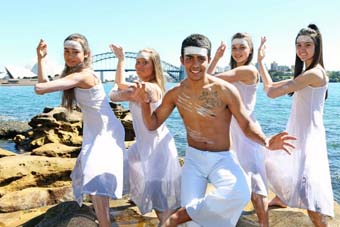 Australia’s largest national Indigenous arts and culture festival, Corroboree Sydney, is to return in November with more than 100 artists performing during an 11 day program.

Attracts tourists from both Australia and overseas, with organisers inviting “people of all ages and cultures to come, create and celebrate.”

“Events such as Corroboree Sydney help promote Indigenous culture and are an important part of the NSW Government’s Major Events strategy and our target of doubling overnight visitor expenditure by 2020.”

NSW Minister for Aboriginal Affairs Victor Dominello believes that Sydney is fitting location for the festival, given NSW is home to one-third of Australia’s Aboriginal and Torres Strait Islander population.

Minister Dominello added “the NSW Government is committed to creating a greater understanding of our rich Aboriginal culture among residents, the tourism industry and visitors “The State’s Aboriginal Tourism Action Plan 2013-2016 and significant events like Corroboree Sydney are helping to achieve this goal.

“The Plan supports existing and emerging NSW Aboriginal tourism experiences, products and businesses. Importantly, it seeks to deliver economic and social benefits for Aboriginal people, both as operators and employees.”

Corroboree Sydney’s Artistic Director Hetti Perkins added that “the Festival celebrates the talent of the Aboriginal and Torres Strait Islander communities with performances, discussions and activities from leading local and well known international Indigenous talent. “We warmly invite all Australians to join the 2014 Festival”.

Highlights of the 2014 festival program include:

• Gurung Parade: Meaning ‘child’ in the Sydney Eora language, the Gurung Parade marks the start of the festival with a procession of 3’000 schoolchildren walking from Hyde Park to the Royal Botanic Gardens Sydney. The children create their own handmade Waratahs to carry during the parade, as a way of sharing and understanding local Eora culture and practice.

• Firelight Ceremony: Corroboree Sydney Council of Elders will light the Firelight that burns throughout the festival during a public ceremony on the western promenade of Circular Quay, outside the MCA.

• Black Arts Markets: Showcasing the works of Aboriginal and Torres Straits Islander artists and a chance to meet the makers.

The festival line-up includes an education program designed specifically for teachers and their students. In addition, the Festival features many free family events including a paper canoe making workshop at the Australian National Maritime Museum (29th and 30th November) and a Sunday Family Fun Day at the MCA (30th November), painting, weaving and craft workshops at The Rocks Boatshed (22nd and 23rd November).

For more information and to view the festival program please visit www.corroboreesydney.com.au