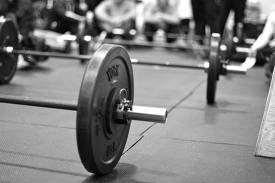 With CrossFit experiencing massive and ongoing growth in its popularity, industry concerns are rising about injuries to participants and the quality of instructor training.

Developed by a former gymnast, CrossFit combines different fitness disciplines in a military style exercise regime is proven to get fast results and push exercisers to the brink.

However, with around 9,000 CrossFit gyms worldwide concerns are growing that training to become a fully qualified CrossFit trainer takes just two days.

Professor Robert Newton from the School of Exercise & Sports Science at Edith Cowan University recently told the ABC that preventing injury requires an understanding of how the body works during exercise and that recognising the demands of high intensity exercise such as Crossfit can't be taught in two days.

Professor Newton explained "for our students to work in the exercise clinic here (at Edith Cowan University), they've done three to four years of university training before they're actually allowed to put their hands on a patient or a client.

"My main concern with programs like CrossFit first and foremost is the level of training CrossFit instructors have.

"The human body is so complex, you really need a solid understanding of human anatomy, biomechanics, physiology to be able to actually deliver high quality exercise programs but in particular ones that are safe."

In a recent ABC study, journalist Kathryn Diss reported that the risk of injury from CrossFit as being "well documented, particularly in the United States where it started.

"There are many videos and articles posted online, illustrating injuries that have occurred when a CrossFit session is not run by an experienced health professional."

While there have not been any reports of severe injury in Australia to date, physiotherapist Tim Mitchell says he has noticed an increasing number of CrossFit-related injuries.

"There are certain individuals that should be taking on CrossFit as a form of exercise because perhaps they're already an athlete and they want to work on their strength and power component.

"But CrossFit alone as a single form of exercise, in its purest form, may not be ideal for all individuals."

Professor Newton agrees, adding "the problem is; for that one in two individuals who have an issue and are at higher risk, it can't accommodate to that.

"So they're getting the same program as everyone else, the same intensity, the same exercises, so there might be one person who has a predisposition and you get a catastrophic injury."

The ABC's goes on to suggest that the limited amount of training needed to become a CrossFit trainer has raised questions about the need for tighter regulations of the industry to make sure trainers have a broad range of qualifications.

However, she advises that Fitness Australia has ruled out recognising a CrossFit qualification on its own as being enough to become a certified fitness professional.

"The brand is trendy; people will jump on the bandwagon and say, well I can capitalise on that promotion and get an exercise group going and use that broad term of CrossFit.

11th May 2013 - SURVEY TO ASSESS RISK MANAGEMENT IN FITNESS