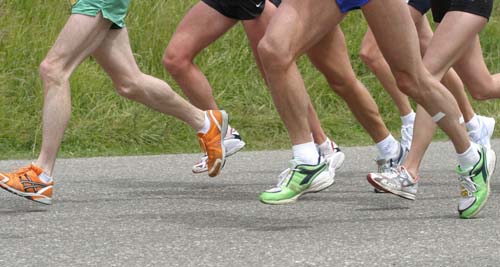 Federal Minister for Sport, Kate Lundy, has met with her international counterparts on at the sixth Commonwealth Sport Ministers meeting in London.

Senator Lundy said the meeting canvassed a diverse range of issues including the potential of sport to advance social and economic development goals, enhance social inclusion and aid in community building.

Commonwealth Sport Ministers also addressed the important issue of maintain the integrity of sport and agreed to a set of principles to combat the potential threats of match fixing and illegal sports betting.

Senator Lundy stated "in Australia we're vigilant about ensuring our sport is free from corruption, but we understand these issues are global and require international cooperation.

"Seeking agreement from my Commonwealth colleagues, I presented a paper outlining a set of guiding principles to underpin a coordinated international response to these issues and I am pleased to confirm this approach was supported unanimously.

"These principles encompass action by all stakeholders and are aimed at encouraging a consistent approach in the areas of information sharing, monitoring, investigation and enforcement.

"All spectators and participants deserve to have confidence that the sport they love is free from corruption and they should take confidence in the determination of Commonwealth member nations to maintain the integrity of sport and work cooperatively."

Senator Lundy said as part of the principles agreed to at the meeting sporting organisations within Commonwealth nations will be encouraged by governments to develop and implement codes of conduct relating to match fixing, including the provision of appropriate education to athletes and support personnel.

At the meeting Commonwealth Sport Ministers also discussed how sport could be used to improve peoples' lives and facilitate developments in health, education and broader community advancement objectives such as gender equality and social cohesion.

Ministers endorsed a guide prepared by the Commonwealth Secretariat aimed at advancing development in the Commonwealth through sport and supported the introduction of pilots to test its suitability for Governments, private organisations, community groups and individuals.

Senator Lundy concluded "on the eve of the 2012 London Olympics, the meeting highlighted the power of sport to improve peoples' lives and empower the marginalised and vulnerable in society. Sport is a power tool to progress development goals and for this reason it should be accessible to all people in the Commonwealth. "

The joint communiqué from the meeting of the Commonwealth Sport Ministers follows:

The Sixth Commonwealth Sports Ministers Meeting (6CSMM) was held in London, United Kingdom on 25 July 2012. Delegations from 43 member countries attended the meeting. The Meeting was opened by Commonwealth Secretary-General, HE Kamalesh Sharma and chaired by Hugh Robertson, MP, Minister of Sport and The Olympics, United Kingdom.

Sport for Development and Peace (SDP)
1. Ministers reiterated their belief that sport and physical activity can make an important contribution to human and social development goals. Ministers welcomed Heads of Governments' November 2011 endorsement of the Commonwealth Eminent Persons Group (EPG)'s recommendations to strengthen linkages between sport, development and peace.
2. Ministers acknowledged the importance of SDP initiatives across the Commonwealth and encouraged continued collective effort in this regard. Ministers acknowledged that governments have an important role to play in SDP and committed to strengthening policy, stakeholder coordination and support mechanisms. However, Ministers recognised that funding for SDP is limited and that national efforts to find enhanced budgetary resources are necessary.
3. Ministers considered key principles for strengthening SDP, emphasising efforts should:
• Be linked to the Commonwealth's shared commitment to promoting development, democracy and diversity;
• Leverage sustainable and quality sport activity and be intentionally planned to realise specific developmental goals;
• Be integrated with the development sector;
• Fully involve intended beneficiaries and their communities in all aspects of planning and programming;
• Include mechanisms to safeguard leaders and participants, in particular children and those vulnerable to gender-based violence;
• Be designed on the basis of evidence-based models, and conducted with systematic measurement of progress and appropriate monitoring and evaluation.
4. Ministers resolved to strengthen the integration of sport and youth development and highlighted the important contribution sport and physical activity can make to improving health, lifestyle and well-being and contribution to social inclusion efforts for minority groups and people with a disability. Ministers recognised the links between promoting sport and physical activity and reducing the growing prevalence of Non-Communicable Diseases (NCDs) in the Commonwealth.
5. Ministers also recognised the benefits accruing to education, gender, equality and promoting peace and stability from an integrated approach to SDP. Ministers agreed to explore increased collaboration with these sectors and requested the Commonwealth Secretariat to continue efforts to integrate SDP into the work of other Divisions. Ministers also highlighted the potential that partnerships with these sectors offer in broadening opportunities for young people to participate in sport and physical activity, strengthening national sports systems.
6. Ministers welcomed the intensification of the Commonwealth Secretariat's work in the area of SDP, in particular the development of pan-Commonwealth guidelines for strengthening SDP policy mechanisms. Ministers noted that a practical framework to assist countries to undertake this task is a key component of the Guidelines. Endorsing this approach, Ministers requested the Secretariat work with member countries to initiate pilot projects to confirm the suitability of this framework for analysis, action planning, and monitoring and evaluation of SDP in the Commonwealth. The objective of these pilots is to develop national action plans to strengthen SDP.
7. Ministers highlighted the importance of inter-governmental collaboration to strengthen capacity in SDP. Ministers requested that the Commonwealth Secretariat facilitate such collaboration and committed to participate in pan-Commonwealth and regional initiatives. Ministers recognised the value that Commonwealth Connects, the Commonwealth's on-line collaboration portal, will add to this process.
8. Ministers commended the Governments of India and the United Kingdom for providing resources to assist the Commonwealth Secretariat advance work in the area of SDP. Ministers encouraged the hosts of future Commonwealth Games to continue to afford this support to the Commonwealth Secretariat. Further, Ministers noted the Secretariat's resource constraints in relation to SDP work and encouraged additional Governments to support this mandate.

Combating Threats to the Integrity of Sport
9. Ministers expressed their concern about a range of issues threatening the integrity of sport, namely governance and transparency issues; match-fixing and illegal sports betting; ; and issues related to safeguarding sport participants. Ministers warned these issues have the potential to compromise sports contribution to development goals.
10. Ministers emphasised that transparent and productive relationships between both national and international sporting bodies and governments must be central in addressing these issues, and that effective democratic governance and mutual transparency promotes such relationships. Ministers called for all stakeholders to recognise the need for a balance between autonomy and accountability.
11. Ministers acknowledged the growing threat of match-fixing and illegal sports betting was a cross-border issue and called for stronger mechanisms to support domestic action and international collaboration. Ministers highlighted that action and collaboration must extend beyond the sporting movement and include legislative bodies, law enforcement agencies and betting providers.
12. Ministers supported recommendations for the sport movement and governments to work together on guiding Commonwealth principles on sport governance and related issues of integrity. Ministers endorsed work currently being undertaken by appropriately mandated international organisations, affirmed their commitment to take action alongside these agencies and encouraged the inclusion of SDP stakeholders in these processes.
13. Specifically Ministers requested that, following a process of stocktaking and collating of sports governance principles from various sources, the Commonwealth Advisory Body on Sport should lead the development of a framework encapsulating Commonwealth consensus on these issues in conjunction with the Commonwealth Secretariat and proactive participation and resourcing by member governments.

Commonwealth Advisory Body on Sport (CABOS)
14. Ministers commended the work done by the Commonwealth Advisory Body on Sport (CABOS) in strengthening the Commonwealth Secretariat's initiatives in SDP and providing guidance and advice on broader issues affecting sport in the Commonwealth. Ministers recommended SDP remain the primary focus for CABOS.
15. On restructuring CABOS for the period 2013-2016, Ministers endorsed the inclusion of development professionals in the group's membership and encouraged the Secretary General to co-opt additional expertise on a needs basis. Ministers also recommended that member countries continue supporting the expenses of their CABOS members.

Maximising the Development Potential of the Commonwealth Games and Major Events
16. Ministers welcomed an update on the activities of the Commonwealth Games Federation (CGF). Ministers commended the CGF's advancement of the youth development agenda through the Commonwealth Youth Games, acknowledged the CGF's strategic review and welcomed their consideration of recommendations to enhance the use and presentation of the Games as an instrument for peace and development. Ministers also received a valuable update on preparations for the 2014 Commonwealth Games.
17. Encouraged by the approach of International Inspiration, the legacy programme of the London Olympic and Paralympic Games, Ministers recommended that the sports movement include the requirement for international sporting and social legacy activity as an element of major sport event hosting.
18. Ministers considered opportunities for cooperation between government and the private sector to maximise the links between sport and business.
19. Ministers thanked the governments of India and the Isle of Man respectively for hosting the 2010 Commonwealth Games and 2011 Youth Commonwealth Games.
20. Ministers wished the Government of the United Kingdom success in hosting 2012 London Olympic and Paralympic Games.
21. Ministers agreed to meet again in the margins of the 2014 Commonwealth Games to be held in Glasgow, Scotland.