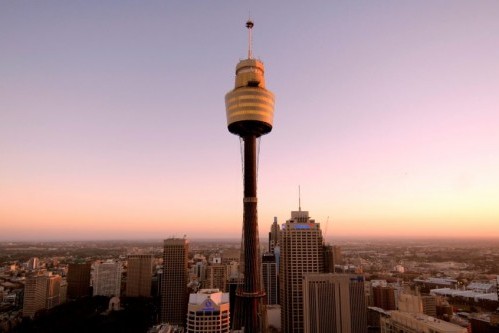 A man has died after falling from from the Skywalk attraction at Sydney's Centrepoint tower.

According to reports by 7 News, NSW Police advised that "they were called to the tower just after 7pm after reports the man had fallen."

The body of a man was found away from public view shortly after the tragic event.

The incident is now under investigation but NSW Police are reportedly not treating the death as suspicious.

The tragedy comes just four months after a woman died after she removed her harness during the Skywalk tour at the Sydney Tower Eye, which rises to a height of 305 metres bove the Westfield shopping centre in Sydney’s CBD.

Rob Smith, Divisional Director for Merlin Entertainments, which operates the Sydney Tower Eye and Skywalk, confirmed the fatality, advising that staff and guests were receiving counselling as a result.

In a statement, Smith advised “this is a very distressing situation for all those involved, and our thoughts are with the family and friends of the guest, the Sydney Tower Eye team, and our guests.”

Smith said Sydney Tower Eye reviewed its safety measures after the 8th March death, which led to a number of changes designed to prevent similar incidents.

These included the introduction of a full body harness for tourists, which was developed in consultation with third-party safety experts.

Smith said the new measures went “well beyond” industry standards and placed “strict controls” that meant people could only remove the harnesses if they had a “deliberate and significant intention” to do so.

He advised that the attraction hadr also made “significant modifications” to harness equipment, safety attachments, clothing and safety briefing protocols to “deter tampering”.

Smith added “the safety of our guests and staff is always our number one priority and we will take all the necessary actions to ensure their welfare.

Sydney Tower Eye tweeted shortly after the incident that the attraction would be closed until further notice.

A NSW Police spokeswoman confirmed that ambulance services were called around 7pm this evening after reports a person “had jumped” from the building.

The spokeswoman advised “the body of a man was found a short time later, not in public view.

“A crime scene has been established which will be examined by forensic specialists.

“Inquiries suggest the incident is self harm related. A report will be prepared for the coroner.”