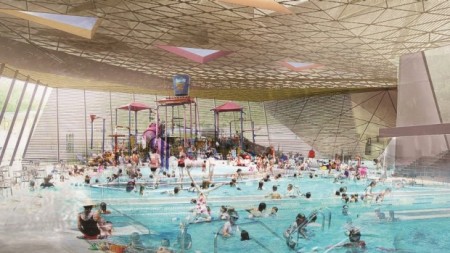 Work to prepare for construction on Christchurch’s Metro Sports Facility site are set to begin next month.

The March Menard Joint Venture will install around 7500 in-ground stone columns over the next eight months to prepare the site for main construction work which is expected to begin in early 2019.

Otakaro Limited Chief Executive Albert Brantley says the ground preparation is a substantial piece of work, commenting “the location of the Metro Sports site next to Hagley Park, the Bus Interchange, main roads like Moorhouse Avenue and St Asaph Street, as well as a planned major cycle route, makes this an ideal location for a sport and recreation facility that’s expected to see up to 40,000 people come through the doors each week.

“Stone column work has been a fairly common sight around Christchurch but not on this scale, given the Metro Sports Facility will occupy over 30,000 metre².

“These groundworks will ramp up throughout the year and will be in full swing from late September until March/April 2019, to tie in to the start of the main construction works. As we have seen with the progress on the Te Pae Christchurch Convention Centre development, once the physical work starts, the progress is swift.”

Otakaro is currently undertaking a formal procurement process to shortlist prospective Main Works contractors, and plans to issue a Request for Tender to selected contractors for a build-only contract in September of this year.

Main construction would begin early next year and is expected to be completed late in 2021.

Image shows an artist's concept for the the new Christchurch’s Metro Sports Facility.