Burnside Council flags permits and fees for park use 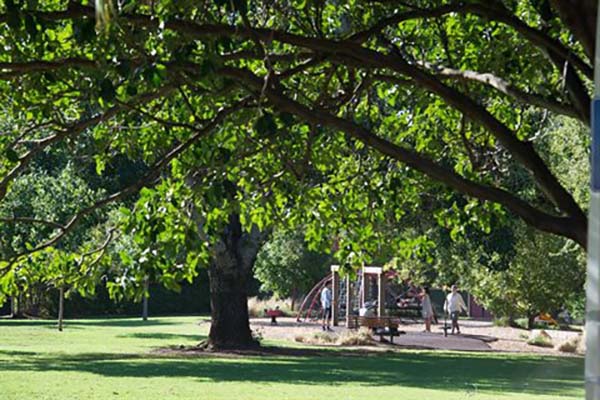 Following an incident of a South Australian woman being fined for failing to have a permit for a magician at Hanson Reserve, Burnside Council is flagging its policy on permits and fees for park use.

The incident raised the issue of permits for entertainers in parks.

In this situation, the woman was not fined for having a magician, she was fined for failing to have a permit for that magician.

The woman had enquired with Burnside Council about booking Hanson Reserve for her exclusive use to have a children’s party with a magician.

Burnside Council advised her of the need to pay a permit fee of $165 and a fully refundable bond of $300. The week before the party she cancelled the booking saying the fee was too high. The woman was advised that if she went ahead with the party at that location she could face an expiation fee of $187. She said she would go ahead anyway and “take her chances”.

Burnside Council advise that “She knew the rules and chose not to follow them, knowing that she would face an expiation.”

In the past two and a half years 57 people have booked and paid for exclusive use of one of Burnside Council parks for a variety of activities.

Booking exclusive use of a park (such as Hanson Reserve) then cancelling the booking at the last minute precludes others from the opportunity to book that space.

Council’s community parks are for everyone, are very popular and in high demand for people to host parties with Council stating “it is really important that everyone has fair use and access to them.”

Under Council by-law Number 3 (4.17.2) a permit is required for any of the following activities:

This is to ensure Council is aware of activities on its land, that public liability insurance is held by relevant parties and to protect Council’s assets. If there is damage caused or injury to other persons, Council can recover the costs of repair or injury through the public liability insurance. There is no fee attached to a permit unless the applicant wants exclusive use of the area.

Having a magician in the park requires a permit from Council under the by-law.

Having exclusive use of part of a park for any activity requires a fee of $165.

If you want to hold a gathering (regardless of entertainment) and want exclusive use (such as Hanson Reserve) then you need to pay the $165 fee and $300 bond.

Because there is high demand for hiring parks we must have a booking system in place. Anyone who wants to have exclusive use of a section of a park to have a party must hire it and pay for the use of it, just like any private or publicly owned venue. We also ask for a refundable bond in case of damage.