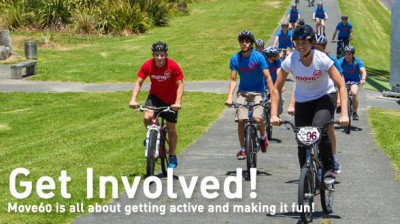 The New Zealand divisions of global food and beverage brands Burger King and Coca-Cola have each recently backed recreation and sport initiatives.

Catering for beginners through to more experienced skaters, the purpose-built Skate Park is located next to a Burger King restaurant.

Commenting on the development, at which skate features were built by a team of local Hamilton volunteers and builders, Burger King New Zealand Chief Executive John Hunter stated "this community investment is just one way Burger King provides support to its younger customers and we're excited to be involved in providing facilities like this to help keep the local Hamilton community active."

"We're thrilled to continue our relationship with Hamilton community. Burger King has enjoyed a long-standing association with growing sports in NZ and we know our customers recognise and appreciate our support."

Meanwhile Coca-Cola New Zealand has launched 'Move60', which it refers to as "an initiative designed to motivate teens to get active."

A press release from Coca-Cola explains that the initiative, developed in partnership with Bike NZ and Foundation for Youth Development (FYD), aims to get 100,000 Kiwi teens moving by 2020.